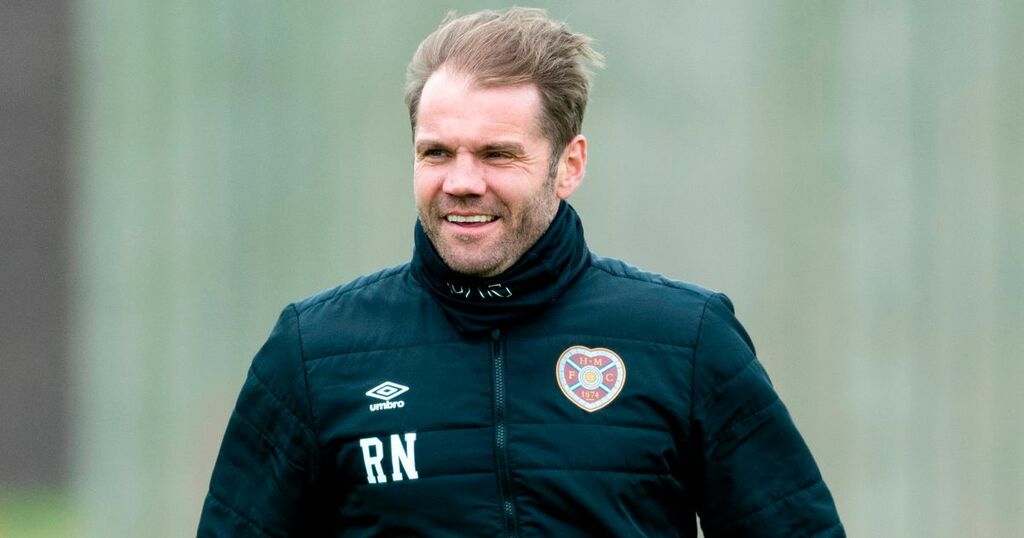 Robbie Neilson looks to Hearts future as he identifies youth duo as Jambos to watch after new contracts
The Jambos have handed new deals to two of their promising players after being impressed by their talent.

Defensive duo in line for return at weekend with four others set to feature against Motherwell on Wednesday.

The Romanian joined the Jambos in 2020 to boost Robbie Neilson ’s backline during their 2020/21 Championship campaign.

He played often as the Gorgie outfit won the second tier title at the first time of asking.

However, last summer's recruitment saw him fall down the pecking order and he signed for Hamilton Accies on loan in September.

Now the Tynecastle club have confirmed that Popescu will move in when his contract ends.

Makenzie Kirk and Murray Thomas will remain in maroon for another year.

Kirk, son of former Hearts striker Andy, made his first team debut as a late sub against Ross County last month while Thomas was handed his debut during the midweek defeat to Motherwell.

Both have starred for Steven Naismith’s Under 18 side, who reached the Scottish Youth Cup final.

Neilson said of the starlets: “I’ve been impressed with Makenzie and Murray when they’ve trained with the first team group and they’ve put in a lot of good performances for the U18s.

“Senior debuts have to be earned so they should both be very proud that they achieved that this season.

“The hard work never stops though, and they’ll need to keep impressing in training but I’ve no doubts that they’ll continue to do so.”

Sporting director Joe Savage added: “I’m very pleased for them both and this shows that Hearts will always give young talent a platform.

“One of our key focuses is to develop these players with the aim to get them into the first team.

“For Makenzie and Murray to have made their debuts is great for everybody, but it’s only the first step.

“They’ll know how much hard work has gone into getting to this point, and how much more they’ll need to put in to stay in the manager’s thoughts.”

For your chance to win HOME tickets to Cinch SPFL matches each week across ALL FOUR divisions just enter our competition below. You can enter once each week to be in with a chance of winning. If the form isn't working (CLICK HERE)...Good Luck!

Mihai PopescuHeartsJambosTynecastleHamilton Accies
Sign up to read this article

Robbie Neilson looks to Hearts future as he identifies youth duo as Jambos to watch after new contracts
The Jambos have handed new deals to two of their promising players after being impressed by their talent.

Defensive duo in line for return at weekend with four others set to feature against Motherwell on Wednesday.