Migrant pushbacks: What is the controversial tactic UK plans to use in Channel? 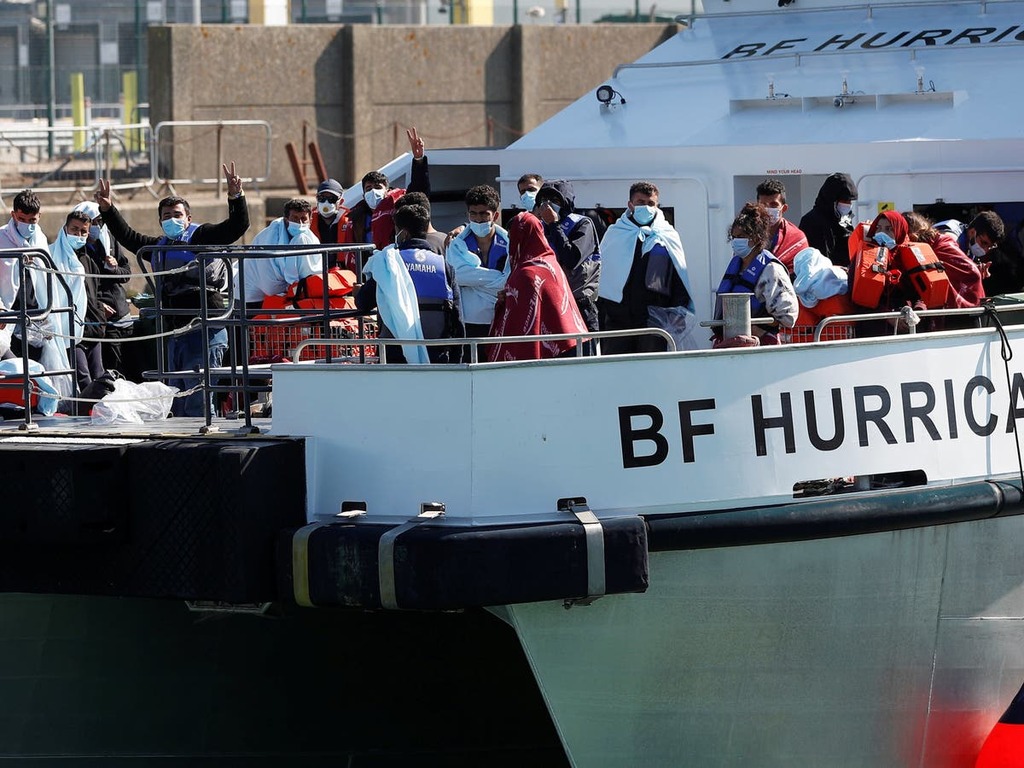 Border Force members have been training for several months in how certain boats could be turned back to French waters, according to several reports.

The news comes amid crunch talks between London and Paris about the worsening migrant crisis, during which Ms Patel is said to have told Gerald Darmanin, the French interior minister, that the current “status quo was not working” for either Britain or France.

She also used the G7 meeting of interior ministers on Wednesday to tell Mr Darmanin in no uncertain terms that Britain “expects to see results” from French efforts to prevent migrant crossings.

The method being considered, known as “pushback”, was defined by Oxfam in a 2017 briefing paper as “the practice by authorities of preventing people from seeking protection on their territory by forcibly returning them to another country”.

It adds: “By pushing back those seeking safety and dignity over a border, states abdicate responsibility for examining their individual cases.”

Ms Patel first sought to make the measure legal under the Nationality and Borders Bill, laid in Parliament in July, which campaigners claimed was both illegal and “morally wrong”.

The Bill, which also paves the way for the Home Office to effectively punish countries that refuse to take back their own citizens, is in its third of five Commons stages before it ascends to the House of Lords.

Pushbacks have been used in the past by countries such as Australia, Malta and Greece, where it is thought Ms Patel got the idea from. In 2017, the United Nation’s then-global expert on extrajudicial, summary or arbitrary executions condemned Australia for using the “intentionally” risky measure.

Agnes Callamard’s report, “Unlawful Death of Refugees and Migrants”, said the move not only broke international maritime law but “intentionally put lives at risk”. She is now the secretary general of Amnesty International.

Three years later, Malta was blasted by the UN following “concerning” reports that officials there had asked commercial ships to “push boats with migrants in distress” back into the Mediterranean’s high seas. “Such measures are clearly putting lives at risk,” Rupert Colville, the spokesman for the UN High Commissioner for Human Rights, said in a statement.

Ms Patel’s plans are thought to be far enough along that the Home Office has ordered British officials to rewrite maritime laws so as to make it legal for Border Force officials to turn some boats around. They would then alert the French coastguard to the presence of migrants in their territorial waters, forcing them to deal with the rescue mission.

Currently, the UN Conventions of the Law at Sea says that “every state” is required to “render assistance to any person found at sea in danger of being lost”. They must then “proceed with all possible speed to the rescue of persons in distress”. But the law is not clear about what should happen “once a rescue has been effected”.

It is thought the pushback operations orchestrated by Ms Patel will be restricted to bigger migrant boats and only used in limited circumstances, with reports suggesting it would ultimately be up to individual on-scene captains to decide whether a boat is at risk of capsizing if forced back.

The Home Office declined to comment on specifics, with a spokesperson saying in a statement: “We do not routinely comment on maritime operational activity.”

Meanwhile, Boris Johnson is said to have signed off on the new measures following a meeting with Tory MPs, at which he asked for their support and they gave it to him. “He thinks it’s not acceptable and more needs to be done,” a government source told The Times. “Too many people are putting their lives at risk.”

Using similar rhetoric, care minister Helen Whately said this morning that the government wants to “deter” migrants from making such a “dangerous journey” in the first place.

It is understood a range of options for finding ways to stop small boats making the journey across the Channel are being evaluated and tested.

In a tweet after the meeting, the home secretary said she had “constructive talks on tackling illegal migration across the Channel” with France’s interior minister. “I made clear that delivering results and stopping crossings were an absolute priority for the British people,” she wrote.

However, a post from Mr Darmanin appeared to shed doubt on this. “France will not accept any practice contrary to the law of the sea, nor any financial blackmail. Great Britain's commitment must be kept. I made it clear to my counterpart, Priti Patel,” he wrote.

“The friendship between our two countries deserves better than postures which harm co-operation between our services.”

Earlier this year, the UK and France announced an agreement to more than double the number of police patrolling French beaches. As part of the deal, the government pledged to give France £54m to support its efforts to stop small boat crossings.

Charities urged the Home Office to take a “more humane and responsible approach” towards asylum seekers and said humanitarian visas were needed to help “prevent the chaos of the Channel crossings”.

In the same 2017 Oxfam briefing paper mentioned earlier, the charity said pushbacks violate international and EU law “because they undermine people’s right to seek asylum, deny people of the right to due process before a decision to expel them is taken, and may eventually risk sending refugees and others in need of international protection back into danger”.