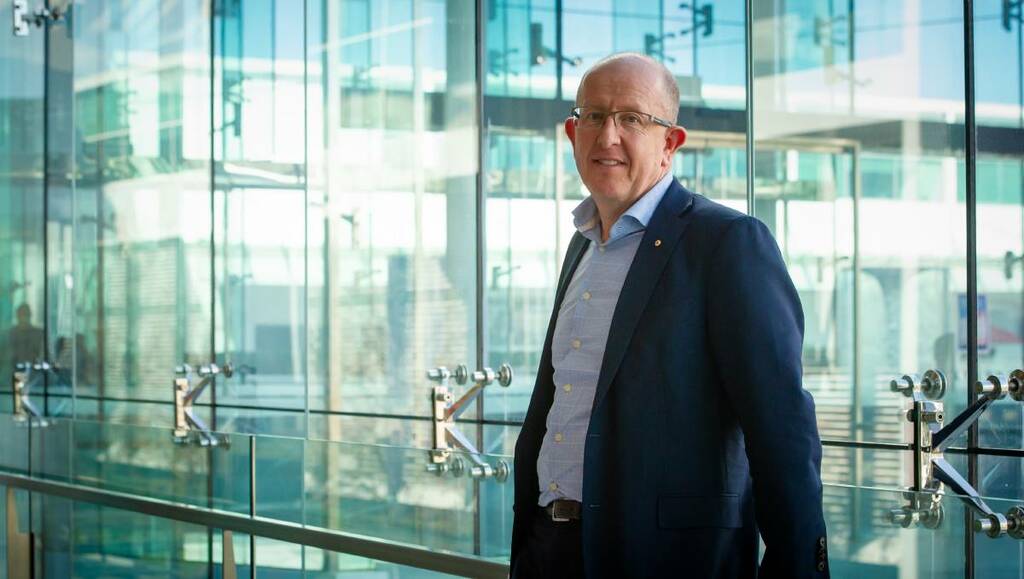 The middle of October is when travel should start its path back to normal, according to Canberra Airport managing director Stephen Byron.

Mr Byron said domestic travel would resume on a large scale from then, but international travel from Canberra Airport is at least a year away, even with vaccine passports.

He based his view on projections of when the population will reach two thresholds for vaccination.

The most authoritative forecast is that 70 per cent of eligible Canberrans should be fully vaccinated by October 10. Mr Byron said the ACT Chief Minister had said that 80 per could be reached five days later - on October 15.

Both the ACT and New South Wales are now signalling that restrictions should ease substantially around the middle of October.

ACT Chief Minister Andrew Barr said he "we will be in a position to support the gradual easing of restrictions locally" when the vaccination thresholds are reached.

NSW Premier Gladys Berejiklian has said lockdowns would be lifted on the Monday after 70 per cent of adults were fully vaccinated, and that is also projected for the middle of October.

The ACT government hasn't made a firm commitment on timing, only that "the ACT lockdown should be extended for a four-week period until Friday 15 October", with a review towards the end of September.

But Mr Byron said the logic of very high vaccination rates in the ACT and NSW indicates that mid-October will mark the big change back towards mass travel.

The managing director of Canberra Airport was adamant that this is not a simple wish, but an assertion of what will happen.

"There's no reason why on October 18, we can't go to Byron Bay, Port Macquarie, Newcastle, potentially Sydney and, logically, Melbourne."

If states other than Victoria and NSW haven't joined the ACT in having high rates of vaccination, they won't be on the destination list, Mr Byron said.

"We don't need to wait for Queensland, South Australia and Western Australia to get to 80 per cent for us to operate to the other destinations," he said.

Vaccine passports mean that travel abroad will resume, according to Mr Byron: "International travel is going to be straightforward."

Mr Byron said this wouldn't mean a big change for the airport because the first flights will not be out of Canberra. He pinned his broader optimism more on the policy of having all staff throughout the airport vaccinated by the end of this month, from cleaners to baggage handlers to catering people.

When 80 per cent of the eligible population are vaccinated, a good proportion of the other 20 per cent will follow, Mr Byron said.