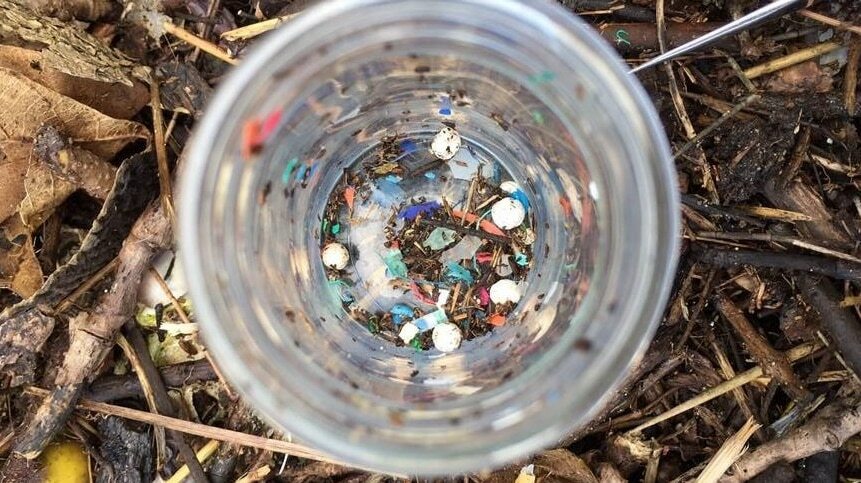 You've probably heard a lot about microplastics, including that they've been found in poo, but a study has revealed they might be in our backyards as well.

The study into microplastic contamination in backyard soils looked at sites where plastic bubble wrap and landscape fabric had been buried under mulch for about seven years.

One of the authors is Ravi Naidu, chief executive of the University of Newcastle's Cooperative Research Centre for Contamination Assessment and Remediation of the Environment.

"To our surprise, we did find quite a lot of micro and nanoplastics in the garden soil," he said.

"What we found was that the bubble wrap, for example, that people use for lining … breaks down into tiny products and they remain in the soil."

The research was done in conjunction with Flinders University in South Australia.

It's been revealed we could be ingesting as much as a teaspoon of microplastics a week, but it's not yet known if this has an impact on our health.

Professor Naidu said further research was also needed to determine if microplastics could transfer from soil to humans.

"That said, we must take the approach to makes certain that the exposure to microplastics is minimised."

Professor Naidu said we should be careful when using plastics in gardening.

"What we need to look at is the potting mixes that we buy, the garden soils that we buy, do we have appropriate regulatory standards?

"By that I mean the different products should be assessed for microplastics and we should include regulatory guidance, that the products must contain less than a certain milligrams per gram of microplastics, which is something that we haven't been doing."