Michigan State to host Nebraska under the lights on Sept. 25 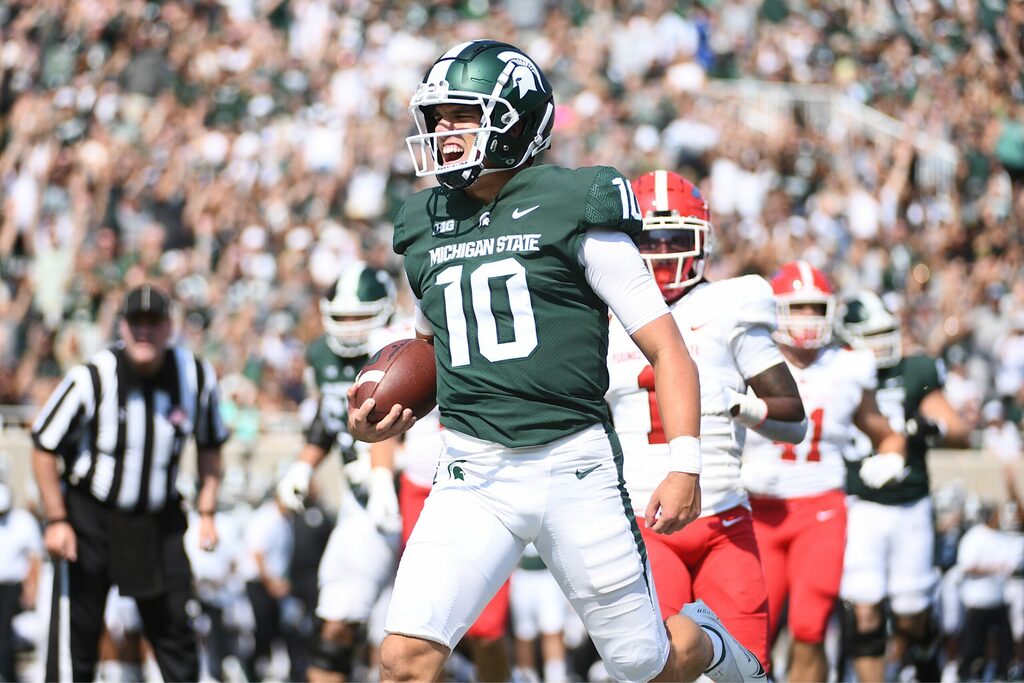 Michigan State will play back-to-back home night games in the next few weeks.

It was announced on Monday that the Spartans’ next home game against Nebraska will be a nighttime kick-off. The match-up between the Spartans and Cornhuskers will start at 7 p.m. EDT and will be televised on FS1.

Under the lights vs. Nebraska #GoGreen pic.twitter.com/bnOm0CcWQ7

The following week, Michigan State will host Western Kentucky in another night game. That match-up — which is scheduled for Oct. 2 — will kick off at 7:30 p.m. EDT.