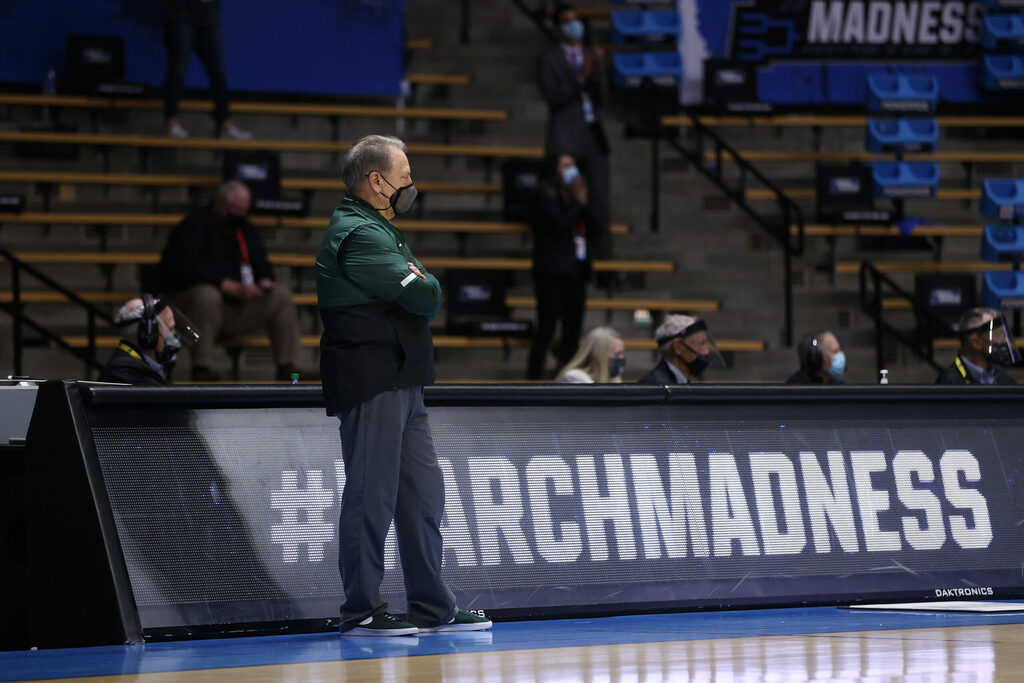 Crazy but true: the college basketball season is just around the corner. That means it’s time to start preseason predictions and subsequent overreactions. For the past five years, Brendan Quinn of The Athletic and Adam Jardy of the Columbus Dispatch collaborate on a Big Ten media poll for basketball, and this year’s poll has Michigan State basketball ranked right smack dab in the middle of the pack.

The Spartans placed at No. 6 overall following a disappointing 2020-21 season that saw them quickly bounced from both the Big Ten and NCAA tournaments. No Spartans received votes for Player of the Year or All-League, but Max Christie was the runner-up for Freshmen of the Year after Michigan’s Caleb Houstan.

Thanks to @AdamJardy for teaming up to compile this for the fifth(!) straight season, and to our 26 voters from across the league. pic.twitter.com/QEsTGuRSr7