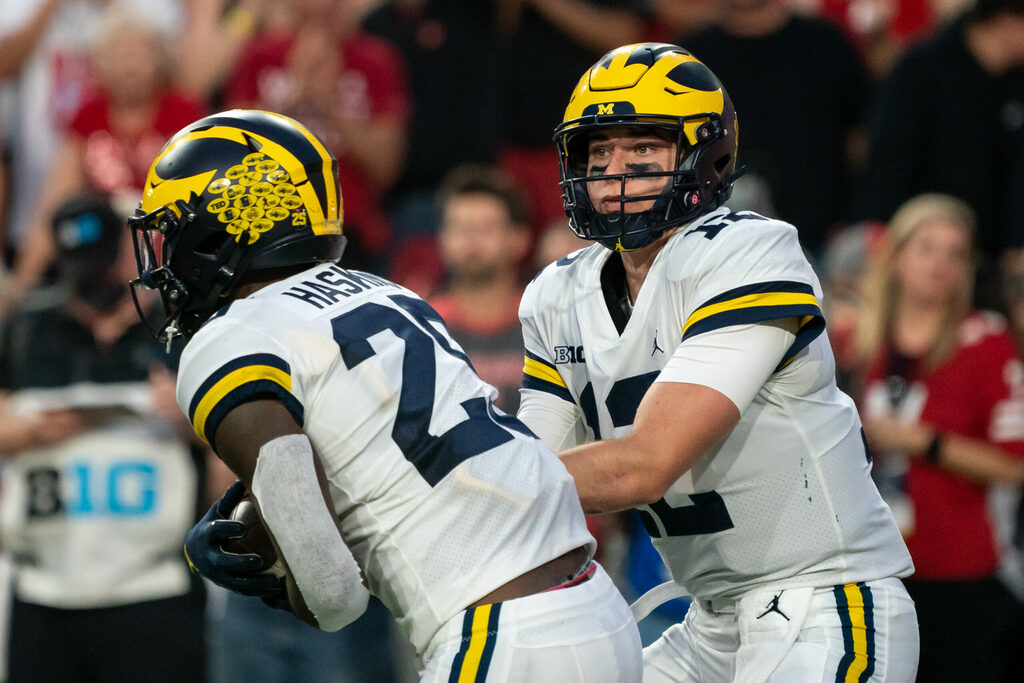 The form tackling of the Nebraska defender was fine. He just didn’t know Michigan running back Hassan Haskins could fly.

Haskins broke off a 50-yard run in the fourth quarter of the Wolverines’ 32-29 victory over the Cornhuskers in a Big Ten clash in Lincoln.

The run looked like it would be stopped for considerably less yardage but Haskins decided to show off his athletic ability.

Watch as he shows the form of a hurdler by going airborne, flying over the Cornhusker, and coming down in stride.