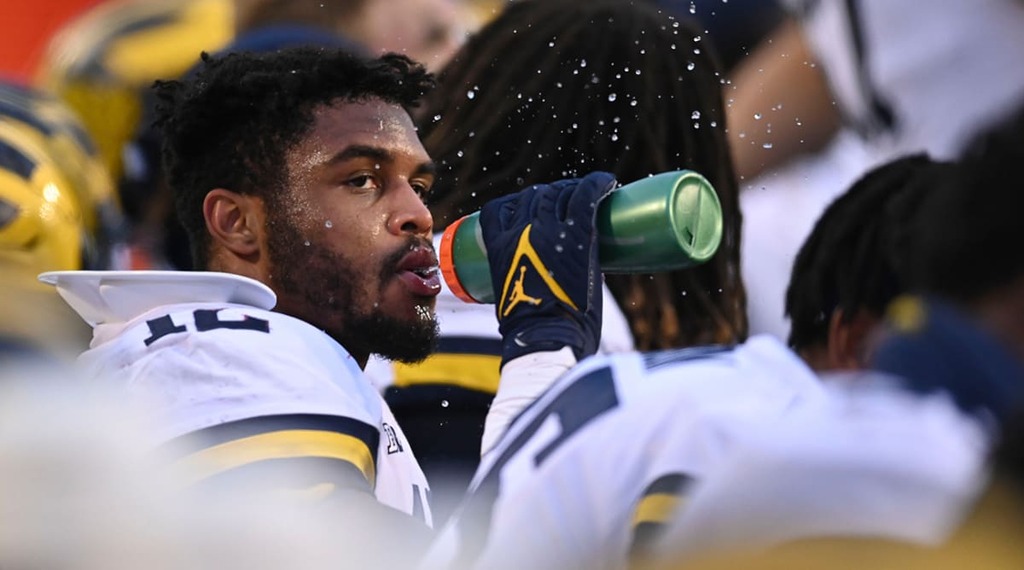 With Rivalry week underway, Michigan linebacker Josh Ross was asked about last year's game that never was, as he and the team prepare to host Ohio State. The two teams were unable to square off last season because the Wolverines were decimated due to a COVID-19 breakout.

Before the came was cancelled, ESPN analyst Kirk Herbstreit said that Michigan might “wave the white flag” and avoid playing Ohio State. He would later apologize for the comment. On Tuesday, Ross was asked about the narrative that the Wolverines dodged the Buckeyes, though.

"It's B.S. to be honest with you," Ross said. "That's a game we always have circled on our calendars, always want to play. And as a Michigan Wolverine that's a game you'd die for. [It's] honestly B.S. It doesn't matter, this year is what matters and right now is what matters."

The last time the Wolverines defeated the Buckeyes was in 2011. Kickoff at Michigan Stadium is scheduled for 12 p.m. ET on Saturday afternoon.

For more Michigan news, head over to Wolverine Digest.