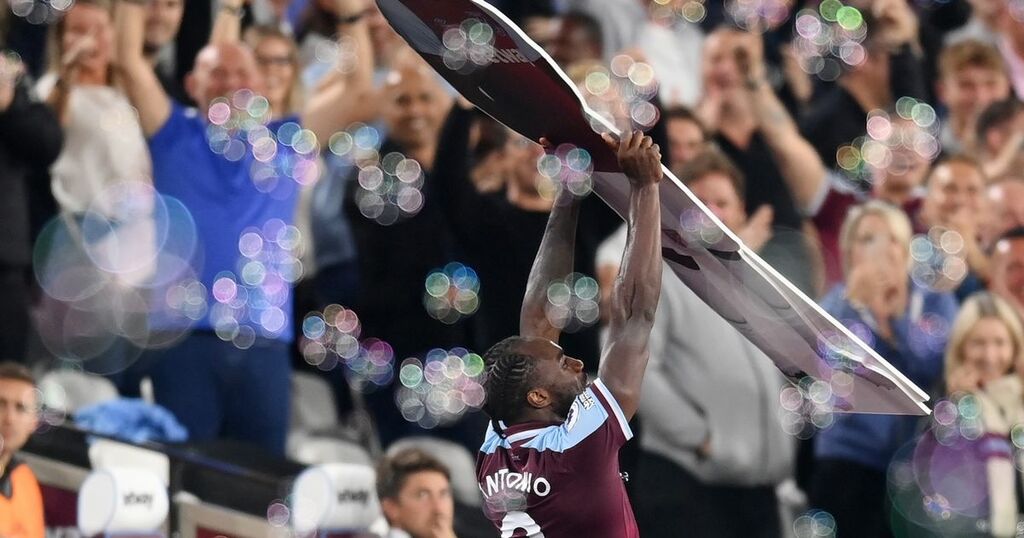 Michail Antonio's fine start to the season has been rewarded with the EA Sports Player of the Month award for August.

The newly-capped Jamaica international has started the season with a bang, scoring four goals and assisting in three in the opening three matches.

In the process, the striker has overtaken Paolo Di Canio as the Hammers all-time leading Premier League goalscorer with 50 goals.

It is the second time in his career Antonio has been named the player of the month, with his first award coming for his form in July 2020.

The 31-year-old follows in former West Ham loanee Jesse Lingard's footsteps after he took home the award in April 2021.

Antonio has scored and assisted in all three of West Ham's opening league matches so far this season and if he was to repeat this on Saturday against Southampton, he would set a new Premier League record.

No player has ever before scored and assisted in four consecutive Premier League appearances and Antonio has the opportunity to do so against his former club tomorrow afternoon.

Antonio was thrilled to receive the fan-voted award: "It's amazing, to be fair!" he told WHUTV. "I go out and do my job and to get the gratitude and awards for doing it is amazing.

"August was just another month, you know! To be fair, it's amazing. I saw that I was quite close to becoming the record holder and I've been going for it and now I want to get as far ahead as possible so nobody can catch me!"

Following the trip to St Mary's, Antonio and West Ham will head to Croatia to take on Dinamo Zagreb in the Europa League.

If, as expected, Antonio is selected for the Group H tie it will mark a remarkable rise form non-league football to European competition for the striker.

Not bad for a 'right-back as Antonio himself would say.

The striker's form has even got new signing Nikola Vlasic purring after he called Antonio a ' beast ' in his first interview as a West Ham player.

Fellow Hammer Pablo Fornals has also praised the striker and in particular, the understanding the two have in attack.