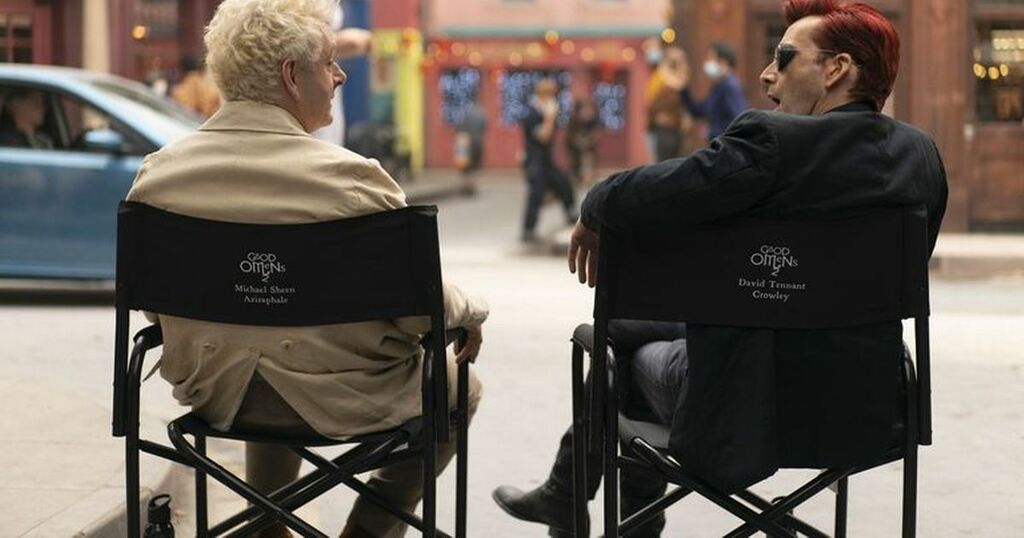 Michael Sheen and Jon Hamm have been spotted in Edinburgh's cobbled streets filming the latest series of Good Omens.

Filming for the Amazon show was set up outside Newington pub, Cask and Barrel which as transformed into 'The Resurrectionist' for filming.

Passers by on West Preston Street across from the pub managed to record some footage as Michael was seen walking down the street and enjoying a cuppa in costume.

Michael, 52, was dressed in character as Aziraphale, an angel who has lived on Earth since the dawn of creation.

Jon Hamm meantime - who returns as Gabriel, the leader of the forces of Heaven - wore a protective face mask.

David Tennant and other cast members were seen near Stockbridge at the start of November last year and crews also set up at Circus Lane.

The news comes as Batgirl films in Glasgow and makes Scotland once again at the centre of movie making during the pandemic.