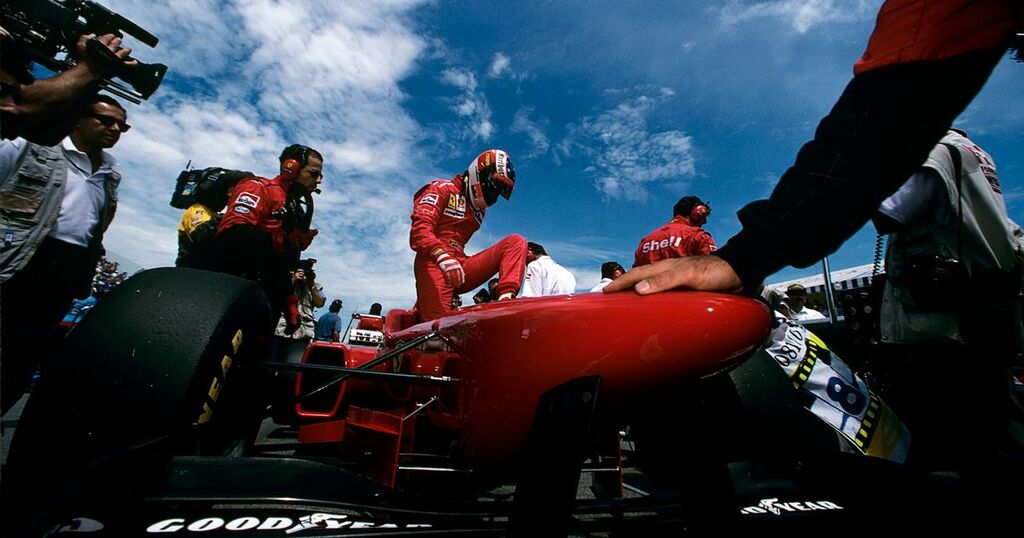 Michael Schumacher revealed that he thought the worst after a ‘heart stopping’ crash at Silverstone.

Netflix are preparing to release their highly-anticipated documentary ‘Schumacher’ on September 15.

The film, to be released on the 30th anniversary of Schumacher’s debut in Formula 1, will follow the journey of the seven-time world champion from karting to the pinnacle of motorsport.

In the new Netflix documentary, there is a scene where the German racer is recalling his crash at the 1999 British Grand Prix.

At the start of the race, Jacques Villeneuve and Alessandro Zanardi both stalled on the grid and forced a race restart.

With the red flags out, Schumacher’s Ferrari suffered a brake failure and forced the German to crash out at Stowe corner with his F399 hurtling at speed into the barricade.

“The front wheel had smashed the cockpit and it was still stuck somewhere in there,” Schumacher recalled on the Netflix documentary. “I couldn’t get out, and I was trying to pull my leg out, which was trapped.

“So I’m lying there and notice that I’m calming down a bit, and suddenly I feel my heartbeat becoming slower and slower, until suddenly it stops completely.

“And I think, this is probably how it feels when you’re on your way upstairs.”

Corinna Schumacher has been married to Michael since 1995 and she recalled feeling particularly frightened when watching the accident.

“I remember I was at home and he waved from behind all those sheets to tell us ‘Hey, everything’s alright’.

“That was a moment when I thought ‘Oh my God’ - but on the whole, we’d always made it through his races safely which is why I was certain he had a few guardian angels that were keeping an eye out for him.”

Schumacher’s crash would end his championship hopes as he suffered a broken leg which he wouldn’t recover from until the Malaysian Grand Prix.

However, the German would go on to win the next five world titles with Ferrari to become a seven-time champion - the most in the sport’s history alongside Lewis Hamilton.