Michael Phelps, Katie Ledecky have unusual advantages as swimmers. We should ban them, right?

Michael Phelps won 28 Olympic medals, the most of any Olympic athlete in any sport ever. How? Willpower, training and a distinct genetic advantage. Phelps’s wingspan is three inches longer than his height, giving him propulsion way beyond the norm. Combined with an abnormally long upper body, short lower body, and size 14 feet, he was built for speed in the pool.

And there’s more: for no particular reason, Phelps’ body produces half the lactic acid of an average swimmer, vastly improving his resistance to fatigue and hastening recovery time between swims.

Yet nobody has ever suggested that Phelps should be excluded from competition, handicapped or restricted to a special category where he could only compete against other athletes weirdly augmented by the genetic lottery.

Neither has anyone advocated that runners with African heritage should not be allowed to run, or should start a few metres behind their non-Black co-competitors, because, let’s face it, they almost always win. To suggest such a thing would be offensively racist, obviously.

We are comfortable with these exceptions to the most fundamental principle of sport: a level playing field. Higher, stronger, faster — we accept these as being influenced not just by who is most deserving of victory but also, and often largely, by genetic advantage.

The percentage of contracted players in the professional National Rugby League men’s competition with Pasifika origin or heritage was reported as 48% in 2018 and rising. Why? They’re built for it. At junior level, both rugby union and rugby league have been managing the size disparity by shifting towards grading by weight rather than age, but at adult level it’s just accepted that Pasifika players are blessed by natural ability.

International rugby league has just followed FINA, the international ruling body for swimming, in ruling that its women’s competitions are now closed to female athletes who transitioned from male to female after the age of 12. The practical effect is to exclude trans women altogether — a blanket ban.

Predictably, the shouty debate over trans athletes’ inclusion, or “save women’s sport” if you prefer, has turned up several notches to deafening. Everyone has an opinion, wielding their shaky or non-existent grasp of “the science” one way or the other. FINA, for its part, has declared that it is squarely following the science, which it clearly is not.

Biology is not straightforward. The Sydney Morning Herald reported a leading Australian endocrinologist, Ada Cheung, making this simple point: “We actually don’t know if there’s a biological advantage for trans women over cisgender women because the science is not clear … no research has really been done into trans female swimmers or any elite athletes that are transgender. The jury is out.”

FINA was driven by the moral panic over American trans swimmer Lia Thomas’ recent win in a national college championship. No such panic over Katie Ledecky, who two days ago won her fourth 1500-metre freestyle world championship, finishing more than 14 seconds ahead of the runner-up. She holds all of the ten fastest 1500-metre times ever, and she would easily make the qualifying mark for the US men’s Olympic team.

Australian swimmer Cate Campbell, who participated in the FINA decision, argues that it strikes the right balance between inclusion and fairness, “the cornerstones of sport”. It clearly doesn’t; it rejects inclusion altogether, and only respects fairness if you accept one fundamental but entirely contestable notion: that gender is binary.

Sport is built on an assumption: that we are each a man or a woman, from birth. We accept every “natural” deviation from the level playing field that that dichotomy supposedly guarantees, from Phelps’ wingspan to Simone Biles’ abnormal flexibility. What we don’t accept, can’t accept, is that the divide is not clean.

It’s a conversation we just don’t want to have. It is uncomfortable, awkward, and challenges extremely basic assumptions that underpin human history and theology. It is anti-biblical, anti-what pretty much every religion teaches.

We have clues to solutions that would not require us to pretend that the people who don’t fit within the binary gender divide don’t exist, or to deny them the same civil rights we assume for everyone else. Little kids of all genders running around a rugby field, based on their size and nothing else, offer such a clue.

If we could free ourselves from the fixed mindset that gender is immutable and one or the other, which is what the science in all its ambiguity actually tells us to do, then we could begin thinking about the whole issue in entirely different terms.

I know that won’t happen, because too much is invested (in every way) in the maintenance of the gender divide — and it is way too hard to contemplate anything else. So we are doomed to continue an argument with no resolution, whether we approach it with the tools of testosterone, estrogen and genital inspections, or the irreconcilable principles of inclusion and exclusion (which is what we mean when we say “fairness”).

It’s mindless and pointless and it hurts the most vulnerable members of our society. But, on with the show. 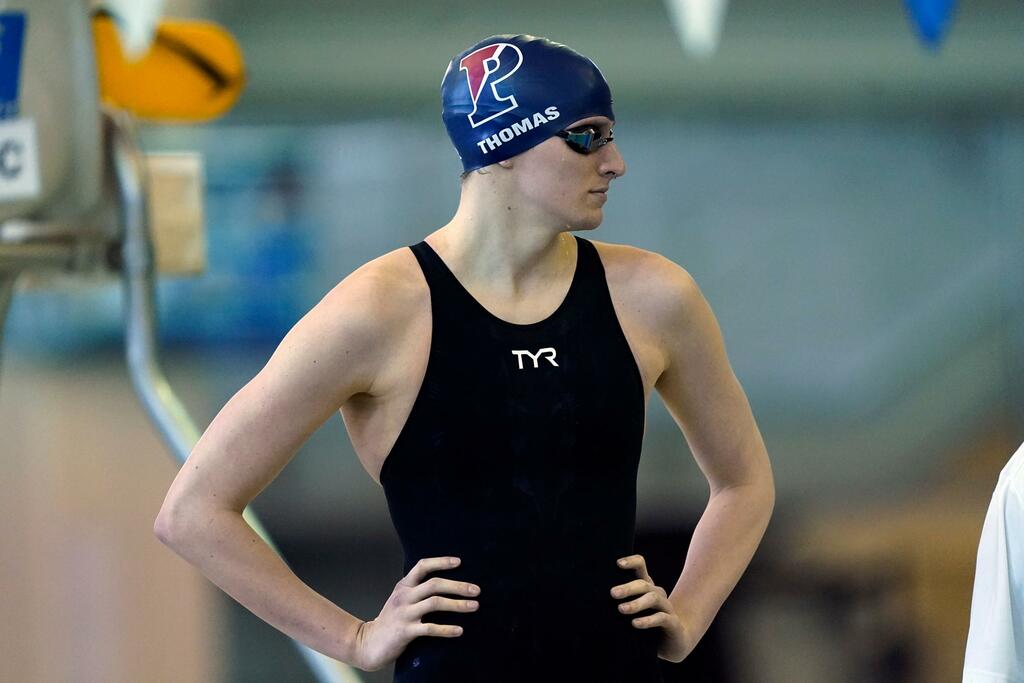 The National (Scotland)
From analysis to the latest developments in health, read the most diverse news in one place.
From swimming to cycling, where different sports stand on transgender athletes

The Independent UK
Here’s the result of the trans swimming ban: strife, with a big role for sports lawyers

This is just the beginning, as others sports review their eligibility criteria based on contested science, says Robin Moira White,…