Michael Pascoe: Boasting about incompetence is a new government low 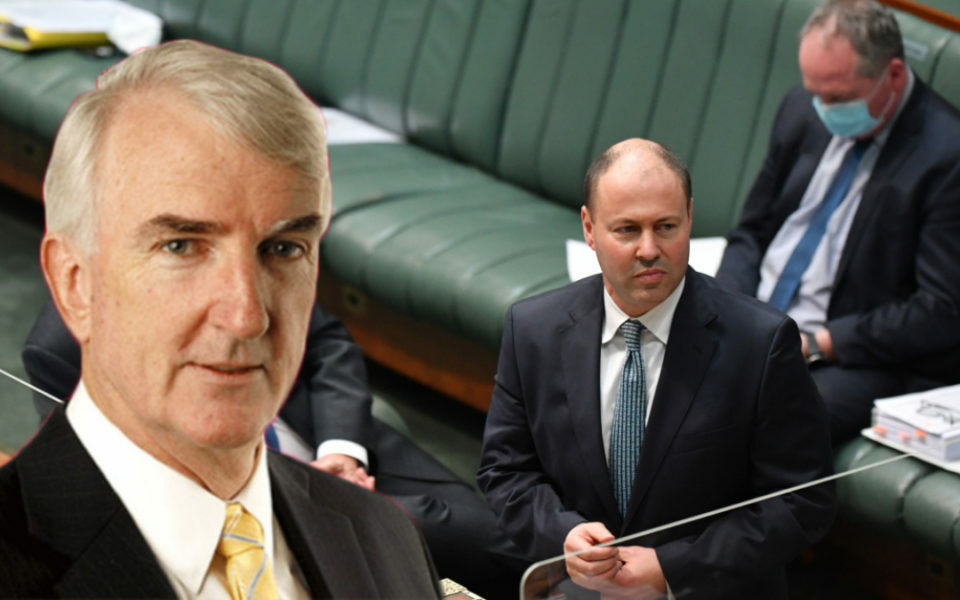 There’s pork barrelling, then rorting, then corruption and bare-faced corruption, and now a new low: Inviting the public to rejoice in looting.

In just half a week, the Morrison government has managed to plumb two new lows.

Most obviously, there has been the idea that the government for one second could countenance a minister of the crown accepting a very large amount of money from unknown sources with no explanation.

Yet, as I write, a full day and more of Prime Ministerial silence has passed since Christian Porter disclosed the six-figure beneficence of anonymous actors with unknown motives via a blind trust.

Mr Porter apparently still has the money and his job.

The Morrison government – the one that has never been able to get around to introducing an integrity commission – remains mute.

The Ministerial Code of Conduct had already been trashed. Now it has been buried.

But slipping by with much less attention has been another low in political spin, in declaring black to be white: Effectively a call to celebrate the most expensive administrative incompetence in our history – and that’s being kind about it.

Until displaced on Tuesday by the act of random kindness towards Mr Porter, the government’s biggest political embarrassment after the vaccine shambles was Josh Frydenberg’s multibillion-dollar JobKeeper bungle.

The Treasurer and Treasury have been somewhat vague about whether they actually intended to omit any clawback provision in their JobKeeper legislation or were simply so incompetent as to overlook it.

Let’s give them the benefit of the doubt and put it down to incompetence that they did not think to build in a safeguard to recover somewhere between $13 billion and $25 billion that they dished out to businesses that did not deserve it and did not need to keep it.

But even when Treasury became aware it was in the middle of Australia’s biggest fiscal folly ever, Josh Frydenberg kept the vault wide open.

And when the embarrassing stories started about billionaires creaming undeserved millions (cue Gerry Harvey), the government showed no remorse. Not only would it not ask for the money back, it would protect the identity of the recipients.

Labor’s shadow assistant treasurer, Andrew Leigh, has made a sport of embarrassing the government with details of large companies that have disclosed JobKeeper’s contributions to bigger profits and fatter executive bonuses, but the hottest blowtorch applied to the Treasurer’s belly has been wielded by the Australian Financial Review’s Rear Window columnist Joe Aston.

In column after column, the acerbic Aston has lashed Mr Frydenberg’s incompetence.

“It was an amateur failure of policy architecture that has cost taxpayers the equivalent of the annual Defence budget. In 26 weeks flat! It took the Navy 15 long years to waste that much money on submarines.”

“Treasurer Josh Frydenberg has shattered all previous records in this country for the mis-spending of public money.”

Dr Leigh and Aston have many billions of dollars of rich material to work with, but the government has displayed the same thick hide and pattern of deny, dissemble and deflect that it has used to deal with its multibillion-dollar rorting of taxpayer funds for vote buying.

That attitude was on clearest display when the Finance Minister Simon Birmingham was challenged about #carporks and effectively said “too bad, we won the election, so go whistle”.

You wouldn’t think we could go any lower, but Aston’s column on Monday found the government had dug a new ethical sub-basement. Loaded with lines from head office:

“Liberal backbenchers are now tweeting the amount of JobKeeper paid to businesses in each of their own seats. That’s right, having refused to release any meaningful information relating to the JobKeeper program (that’s only come from the independent Parliamentary Budget Office), the Morrison government has prevailed upon the Treasury to break down JobKeeper spending by electorate.”

As the column’s headline proclaimed, the Liberals were now celebrating the JobKeeper waste.

This is inviting the party’s loyal followers, its business base, especially the small business base, to rejoice in the looting of billions of dollars of borrowed money that taxpayers will eventually have to repay with interest.

What the backbenchers following instructions are saying is that their voters should never mind the incompetence or corruption, just feel the cash that went their way.

If it wasn’t for the Christian Porter blind trust debacle, you might think you couldn’t imagine a more flagrant undermining of government standards.