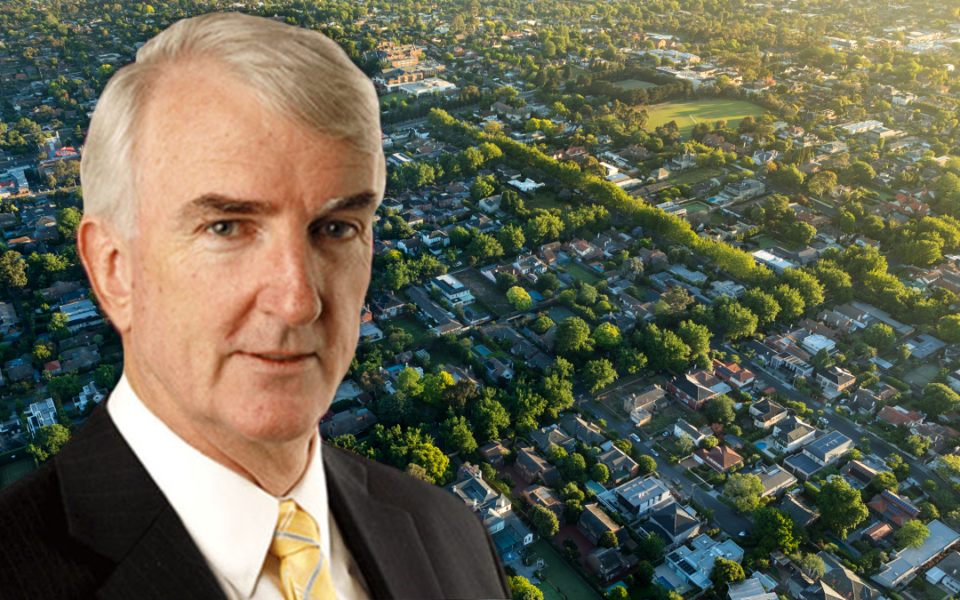 Effective from today, banks, building societies and credit unions will not be permitted to accept mortgage applications from people born under the three astrological “fire” signs – Aries, Leo and Sagittarius.

A spokesperson for the Council of Financial Regulators, Polly Cods-Wallop, said this was only an interim measure. It would allow the immediate reversal of the Australian Prudential Regulation Authority’s move on Wednesday to increase the loan serviceability buffer from 2.5 to 3 per cent.

“We hope to have a more formal but equally random means of housing loan discrimination in place as soon as Treasury can locate the barrel and marbles used for selecting conscripts during the Vietnam War,” Ms Cods-Wallop said.

“Treasury suspects the barrel is somewhere in the Broken Promises, Failed Policies and Misdirected Efforts section of the National Archives, so it could take quite a while to find it, particularly given the daily deliveries piling up there.

“The Council believed there was an urgent need to end the embarrassment of APRA using the interest rate buffer as the means of blocking some people from the housing market.

“The astrological fire signs were chosen for the symbolism of wanting to cool the housing market.”

The Council – made up of APRA, the Reserve Bank, the Australian Securities and Investments Commission and Treasury – hoped taking 25 per cent of potential borrowers out of the game would stabilise prices until the “birthday bingo” system could be used to fine tune housing demand.

Ms Cods-Wallop said the Council expected some people would inevitably claim rationing loans by birthdays was unfair, but it was considered more equitable than doing it on the basis of how rich first-home buyers’ parents were and the degree of wealth and privilege enjoyed by existing property investors.

“Australia used this system to select young men to go to Vietnam to kill and be killed in a lost war, so using it to avoid worsening inequality at home in a time of rampant asset inflation is pretty damned good by comparison,” she said.

Sources close to the council said members had been stung by a Matthew Elmas report in The New Daily that quoted economist Saul Eslake as saying: “This measure will primarily hit marginal first-home buyers. It would seem APRA – like both sides of politics – is scared of offending property investors and are willing to further detract from the ability of first-home buyers to get into the housing market.”

A council member, speaking on conditions of anonymity, said that aside from the inequity of using the interest rate buffer mechanism in present circumstances, it would only be a matter of time before someone pointed out the absurdity of a margin that would require 12 25-point rate increases by the RBA to be realised.

“We might just be a bunch of dull regulators trying to find a way of mitigating second-rate government policy, belatedly attempting to not exacerbate rising inequality when that’s the government’s clear desire, but we’re not entirely stupid,” he claimed.

“Plunging Australia into a depression by more than doubling mortgage repayments wasn’t in the RBA’s charter last time I looked. If the happy day comes that we’ll finally have decent sustained wage increases again, we won’t have to tap the brakes much at all to get traction.”

While the “dull regulators” were struggling on Wednesday to find a method of cooling the housing market, the federal Minister for Housing and Assistant Treasurer Michael Sukkar was boasting about how the government had heated it – and he didn’t mention HomeBuilder.

A media release by the minister announced 52,888 Australians had entered the housing market thanks to the government’s Home Guarantee Scheme since January last year, with another 30,000 places available this financial year.

APRA in its announcement on the same day said the maximum loan capacity of typical borrowers would be cut by about 5 per cent.

Yet another housing inquiry

Meanwhile, yet another housing inquiry is under way, this time chaired by Sydney North Shore Liberal MP, Jason Falinski, who has declared a dislike of social housing and a belief that housing affordability is all about supply.

It’s taken for granted that he’s a fan of maintaining the present negative gearing and capital gains tax settings.

As explained by Peter Mares, author of No Place Like Home: Repairing Australia’s Housing Crisis and lead moderator at Monash University’s Cranlana Centre for Ethical Leadership, there have been some fine submissions but the inquiry is fated to be a crock (my word, certainly not that of the measured Mr Mares)”

“A general increase in overall housing supply could take a long time to filter down, with much damage done to individuals and families in the meantime,” Mr Mares wrote in Inside Story.

“More fundamentally, though, the filtering doesn’t actually happen, because Australia’s tax structure – its preferential treatment of owners and investors – boosts demand for housing as an asset and encourages house-price inflation.

“Supercharged by low interest rates, these tax settings make housing a highly attractive asset, for both owner-occupiers and investors.”

Mr Mares concentrates on the real housing affordability crisis – the cost of housing for people who can’t afford it, rather than the prices paid by first-home buyers and investors.

He has fingered why it would be silly to expect much of Mr Falinski:

“In calling for submissions, he declared allegiance to one side of the housing divide, saying ‘the research points to limitations on land and restrictive planning laws as the major causes of shortages in supply’.

“Falinski’s assumption is reflected in the framing of the inquiry. While it sets out to investigate the contribution of tax and regulation to affordability and supply, the terms of reference refer solely to the latter, as if solving the supply problem will look after affordability.

“Demand doesn’t rate a mention, even though most of its drivers – interest rates, immigration levels, mortgage lending regulations, homebuilder schemes, or, indeed, tax concessions like negative gearing – are federal responsibilities.

“Ignoring demand means ducking responsibility, consistent with messaging by Housing Minister Michael Sukkar that it is up to the states and territories, which ‘control planning schemes and zoning’, to solve our housing woes.”

Clarification: I made up the early stuff about mortgage birthday bingo. The rest, unfortunately, is factual.