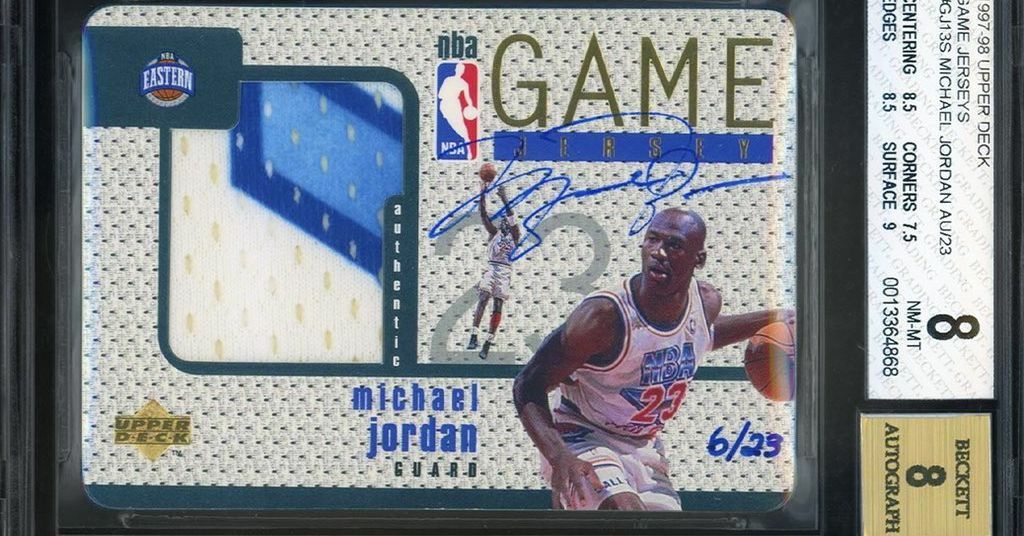 When it comes to collectibles, few athletes can match Michael Jordan, whose unparalleled run as an NBA superstar and marketing extraordinaire in the 1990s turned his trading cards, game-worn jerseys and other artifacts into big-time chases for wealthy collectors.

On Monday, Jordan’s star power proved strong again as a major auction house completed the most expensive sale ever for one of his cards: $2.7 million for a 1997-98 Upper Deck game-worn jersey card featuring an autograph from the Bulls legend.

This is an all-time record sale for any Michael Jordan item. pic.twitter.com/Jw7K6ZLC2F

That’s the highest price anyone has paid for a Jordan card, breaking the record of $2.1 million set earlier this year by a different version of the same card, which is limited to 23 copies.

What makes this Jordan card so special is that it’s the first official Jordan-signed memorabilia card that was made available in a trading card set. In addition to featuring the icon’s autograph in blue ink, the card features a game-worn patch from the jersey Jordan played in during the 1992 NBA All-Star Game.

With many modern cards eschewing on-card autographs and game-worn jerseys in favor of stickers and unworn patches, those kind of details on such a rare, historic card matter to collectors.

Jordan doesn’t have the overall card sale record, though. The most expensive card sale publicly known came earlier this year when a T206 Honus Wagner, arguably the most iconic card in existence, sold for $6.6 million.