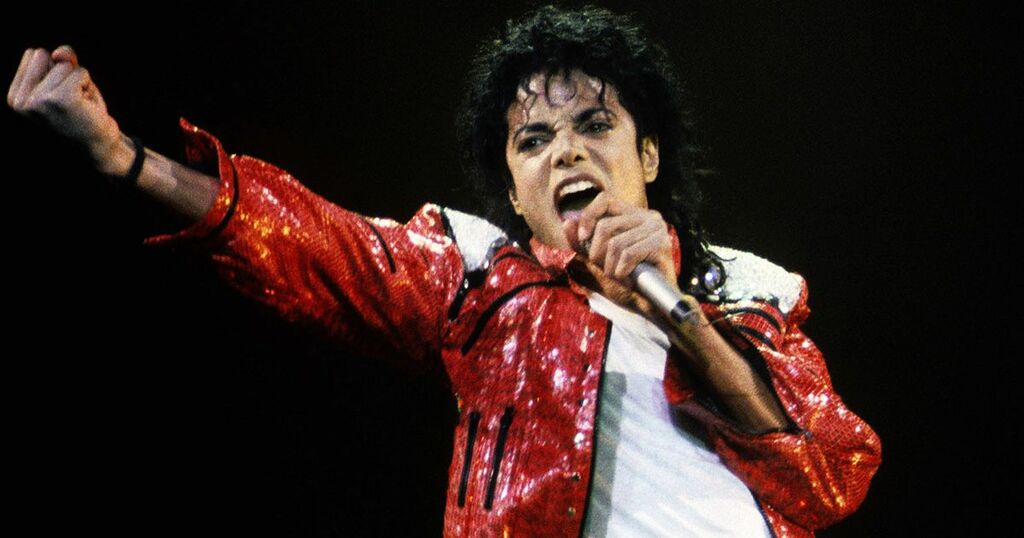 This weekend marks the 20th anniversary of the terrorist attack on the World Trade Centre - a moment that changed the modern world forever.

On the morning of Tuesday September 11 2001, militant Islamist terrorist group al-Qaeda hijacked commercial planes and flew then into the iconic New York building.

A third plane was crashed into the west side of the Pentagon, causing a partial collapse of the American military headquarters. The fourth and final hijacked flight crashed into a field in Pennsylvania without making it to its intended target.

The attacks resulted in 2,977 fatalities, over 25,000 injuries and substantial long-term health problems.

In the years that have followed the senseless tragedy, many have opened up about how they narrowly escaped the horrors on that fateful day - including a few famous faces.

Pop star Michael Jackson could have been among those killed in the tragic attack had fate not intervened.

The late singer had been due to attend a meeting in the World Trade Centre on the very day of the incident.

Jackson had left his Neverland Ranch for New York to perform in his 30th Anniversary Solo All Star show on September 7 and September 10 at Madison Square Garden.

The star-studded shows also featured performances by some of the biggest names in music including Whitney Houston, Liza Minnelli and Gloria Estefan while the likes of Elizabeth Taylor and Macaulay Culkin graced the royal viewing box side of stage.

Britney Spears also joined the King of Pop for a special rendition of The Way You Make Me Feel.

Hours after the second concert, New York's World Trade Centre was under attack.

The same day the planes hit Michael had been due to make an appearance in the tower, but overslept after his show and missed his schedule appointment entirely.

Brother Jermaine Jackson explained in his biography how his late sibling had stayed up late the night before chatting with his mother, Katherine and sister, Rebbie.

“Thankfully, none of us had had a clue that Michael was due at a meeting that morning at the top of one of the Twin Towers,” he wrote in You Are Not Alone: Michael: Through a Brother’s Eyes.

“We only discovered this when Mother phoned his hotel to make sure he was okay. She, Rebbie [Jackson] and a few others had left him there around 3am.

'Mother, I’m okay, thanks to you. You kept me up talking so late that I overslept and missed my appointment,’” Jackson told his mum.

The singer died at the age of 50 after suffering a cardiac arrest caused by a fatal combination of drugs.

He had been preparing for a series of comeback concerts for his This Is It tour when he passed away.

Jermaine Jackson's revelation about his brother is by no means an isolated story of a famous face narrowly avoiding being caught up in the horrors of 9/11.

We take a look at other celebs who escaped after similarly bizarre twists of fate.

While Mark Wahlberg also missed out on being on one of the doomed planes on September 11.

The actor said he was c he could have defeated the suicide bombers on board.

The 50-year-old movie star had been scheduled to be one of the passengers on board the planes that flew into the skyscrapers in New York but changed his plans at the last minute.

The Daddy's Home star opted to travel a week earlier in order to catch a friend's movie at the Toronto Film Festival and unwittingly saved his own life.

In 2012, Mark revealed in an interview in Men’s Journal that he was confident had he been on board, he could have defeated the suicidal hijackers and landed the plane.

“If I was on that plane with my kids, it wouldn’t have went down like it did," he told the publication.

"There would have been a lot of blood in that first-class cabin and then me saying, ‘OK, we’re going to land somewhere safely, don’t worry.’”

Following a backlash, the star apologised for his comments, saying: “To speculate about such a situation is ridiculous to begin with, and to suggest I would have done anything differently than the passengers on that plane was irresponsible.

"I deeply apologize [sic] to the families of the victims that my answer came off as insensitive, it was certainly not my intention.”

Rob Lowe was another movie star who almost fell victim to the actions of terrorist group al-Qaeda.

The actor was unwittingly involved in a dummy run for the eventual attacks, just 11 days before the real thing.

The West Wing star was called to give evidence against attacker Zacarias Moussaoui when he realised he had flown alongside the terrorists on his usual flight from Washington DC to Los Angeles.

"I flew with the 911 hijackers on the dry run, without realizing [sic]. I was shooting The West Wing in DC at the time and I always took the flight that leaves Dulles to Los Angeles that they eventually put into the Pentagon," 57-year-old said at an inquiry.

"I made the flight a lot and I didn’t think anything of it. I got on the flight and it was packed, small plane.

While Gwyneth Paltrow was never at risk of becoming a victim of 9/11, the actress did unknowingly save the life of a fan on that day.

Lara Lundstrom Clarke, an employee at the World Trade Centre, had been travelling to work on September 11, as normal, when she encountered the Iron Man star in what would become a life-changing meeting.

The office-worker had been rollerblading along the Hudson river on her way to work when she crossed the road and jaywalked in front of Gwyneth's silver Mercedes SUV.

Lara was so starstruck upon clapping eyes on the Oscar winning actress that she stopped to stare before moving out the way.

Admiring the Goop founder for just a couple of seconds proved to be life-changing, as the small delay in her routine caused Lara to miss her train to the World Trade Centre and therefore escape tragedy.

Instead of being sat at her desk on the 77th floor of the south tower, she was just getting off the train when she saw the plane crash into the north tower.

The fortunate worker got in touch with Gwyneth years later, who admits the encounter, "still gives me chills."

“I can’t quite believe how many other people changed the course of strangers’ lives that day," she said.

Family Guy creator Seth MacFarlane has a hangover to thank for failing to board the ill-fated flight that Mark Wahlberg was also scheduled to board.

The American actor and producer was due to catch the doomed 7.45am flight but thanks to his travel agent incorrectly telling him it was due to leave at 8.15am, the star was fortunate enough to not to board the soon-to-be hijacked plane.

“I was booked on that flight and I was drinking the night before and hung over and I missed the plane by about 10 minutes. It was a very close call for me," he said.

While it may have seemed inconvenient at the time, being forced to wait for the next flight saved the A Million Ways to Die in the West star's life.

An hour later, Flight 11 struck the north tower of the World Trade Centre, killing everyone on board.

Former member of the British royal family, Sarah Ferguson is one British star who narrowly avoided losing her life in the 9/11 attacks.

The 61-year-old, who was once married to Prince Andrew, had planned a number of meetings and interviews in New York City on the fateful day of September 11.

The Duchess of York's charity, Chances for Children, was located on the 101st floor of the north tower, and she was due to be there that morning.

However, the mum-of-two had started her day being interviewed by news anchor Matt Lauer at the NBC Studios, getting caught up in bad traffic following the early-morning chat.

The delay saw her running 20 minutes late for her scheduled meeting in the World Trade Centre and therefore dodging tragedy when the plane hit her offices at 8.46am.

Although none of her staff died in the tragedy, 700 workers from financial firm Cantor Fitzgerald - which let them use part of their office space for free - perished.