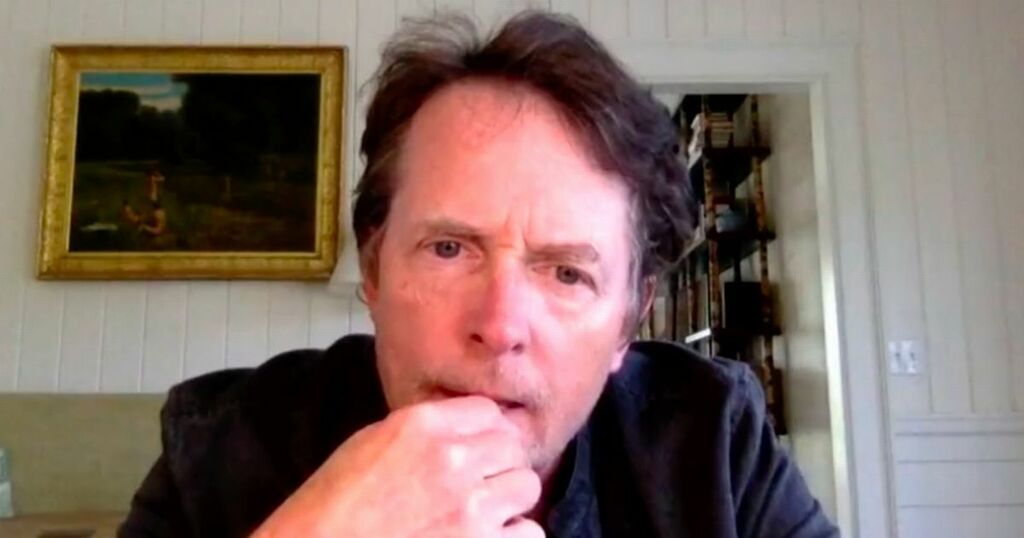 Michael J Fox has offered a hopeful update on research into Parkinson's disease.

The reunion of the star and Christopher Lloyd on The One Show prompted much nostalgia and love on social media.

The two actors famously appeared together in the classic Back to the Future trilogy, with Fox in the role of hero Marty McFly and Lloyd in the role of eccentric scientist Doc Brown.

The pair spoke with hosts Jermaine Jenas and Sam Quek on BBC One on Tuesday with Lloyd in the studio and Fox appearing over a video call.

Both actors were on the show to discuss their work and also the new West End musical adaptation of Back to the Future.

Later in the show, Fox discussed his work to find a cure for Parkinson’s disease which he himself lives with.

He revealed hopes for a cure: "I’m very hopeful - the billion dollars is not only raised, it’s a billion dollars aimed at research so whatever the cost we raise the majority of it goes straight on research.”

Michael added: “We think we’re beating down a lot of doors.

“There’s a lot of different avenues for us to process from all different points of view from the scientific community, but we think we have a chance to provide some answers."

He noted: "And we think within 10 years or so we could be into some really active treatments and quite a few cures."

The show even saw Michael receive a round of applause from everyone in the studio, also including Pointless host and author Richard Osman.

Naturally, seeing the actors behind Marty McFly and Doc Brown back together again on our screens certainly brought a wave of nostalgia for fans of Back to the Future.

One BBC One viewer wrote on Twitter : “Can I just say that Michael J Fox is a wonderful and inspirational gentleman. Watching him on #TheOneShow now. Very thoughtful answers and genuinely humble, and it’s a privilege to watch him on TV. Wishing him good things.”

A different fan of the Hollywood stars wrote: “Only have @realmikefox and @DocBrownLloyd on #Theoneshow. They look great and make me happy.”.

Meanwhile, another Back to the Future admirer tweeted: “Just switched on #TheOneShow, and OMG I love #MichaelJFox and loving seeing him after so long”

Elsewhere, another Twitter user commented: “Michael... my first teen crush... I have followed Micheal throughout his career he is inspirational and so brave. Can’t wait to see the musical”

Finally, one Back to the Future fan concluded: “ @realmikefox and @DocBrownLloyd on The One Show! Love them both! #BTTFForever #TheOneShow #Legends ”.

*The One Show airs on weekdays at 7pm on BBC One with previous episodes available on BBC iPlayer.