Michael Gunner resigned as Chief Minister on Tuesday in an announcement that shocked the Northern Territory.

Mr Gunner, the first person born in the Northern Territory to be elected into the role, said he could no longer dedicate his full focus to the job after the birth of his second son earlier this year.

He will continue to serve as the Member for Fannie Bay, and has not ruled out continuing to serve in the government's cabinet.

These are some of the key moments of his political career:

August 2016: Leads Territory Labor to a landslide and historic victory at the 2016 Northern Territory election, with Labor winning 18 of the NT's 25 seats in Parliament.

September 2016: The government implements a ban on fracking.

June 2018: The government signs a memorandum of understanding pledging to work towards a treaty with Aboriginal Territorians.

August 2018: The Northern Territory becomes the first Australian jurisdiction to put a floor price on alcohol, passing laws to see alcohol sold for at least $1.30 per standard drink.

August 2019: His government announces a new youth detention centre replacing the Don Dale facility will be built next to the city's adult prison, contravening recommendations from the youth detention royal commission.

September 2019: Proposed plans for a Dan Murphy's store in Darwin are rejected by NT Liquor Commission. In response, Mr Gunner says he still wants to build one, describing the decision as a "kick in the guts for responsible drinkers who want more choice in the Darwin market".

November 2019: Mr Gunner is criticised by the NT Police Association over 'consequences will flow' comment following the fatal shooting of Kumanjayi Walker in Yuendumu.

March 2020: The government introduces border controls in reaction to the growing coronavirus threat.

November 2020: The government says it will rush through legislation to sideline the independent Liquor Commission, a move intended to fast track a decision on a contentious Dan Murphy's application.

April 2021: Woolworths cancels its plans to build a Dan Murphy store in Darwin close to three dry Aboriginal communities, but does not rule out building a store at a different location. In response Mr Gunner said he respected the decision and that the government had positioned the NT as "a leading jurisdiction when it comes to alcohol reforms in Australia".

May 2021: The government passes legislation making it harder for young people to get bail and to access youth diversion in the Northern Territory, reversing changes made after the youth detention royal commission.

August 2021: His government launches the Aboriginal Justice Agreement, a document designed to reduce high Indigenous incarceration rates in the Northern Territory. The agreement was finalised after more than three years of consultation led by NT Australian of the Year Leanne Liddle.

December 2021: Mr Gunner reveals his young child had been the subject of a death threat from anti-vaxxers, which was investigated by NT Police.

May 2022: Mr Gunner resigns as Chief Minister while delivering his budget speech in parliament. 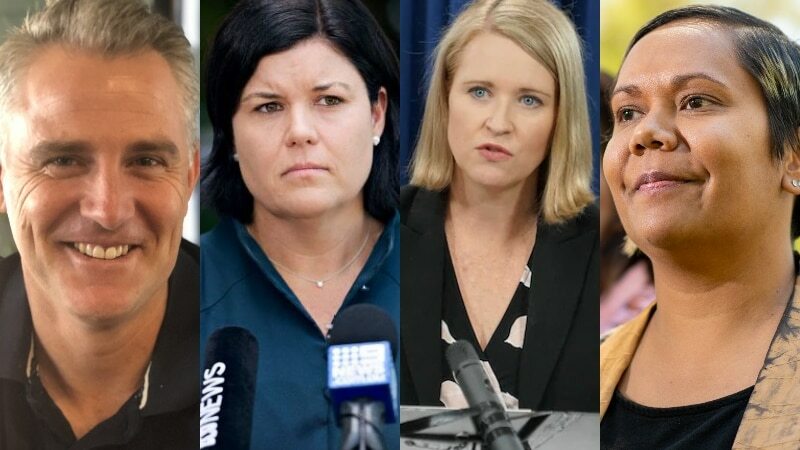 ABC News
One subscription that gives you access to news from hundreds of sites
Northern Territory Chief Minister Michael Gunner resigns. Could this help Labor in the federal election?

NT Chief Minister Michael Gunner resigns from the role after delivering the 2022 budget, saying the birth of his second…