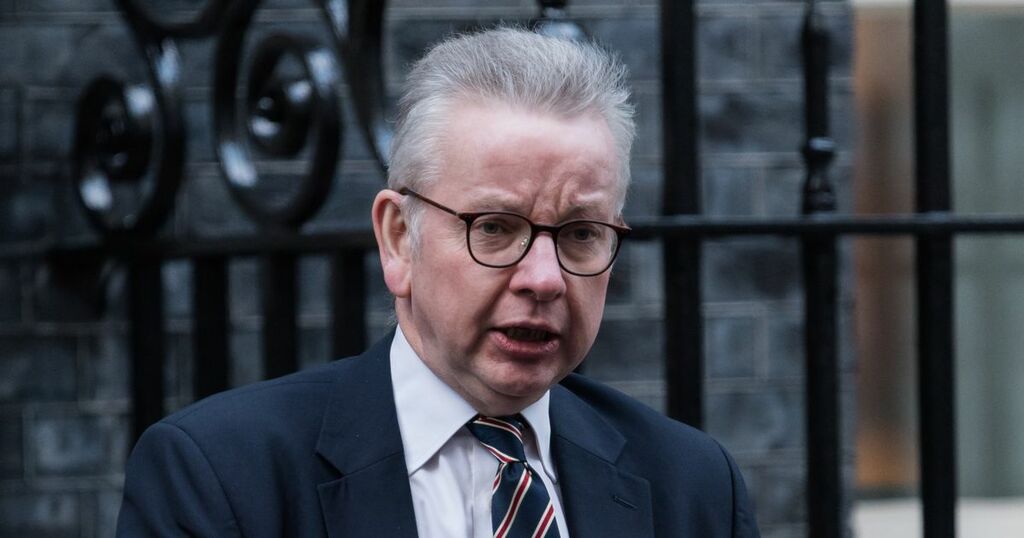 Housing Secretary Michael Gove was late to an interview on his plans to fix building safety defects - after getting stuck in a BBC lift.

The top Tory's broadcast round on his plans to fix the cladding scandal was disrupted by the mishap, which saw him spend 30 minutes stuck in an elevator.

Today programme presenter Nick Robison told listeners: "We've had breaking news this morning that W1A is not in fact a satirical programme, because we were hoping to talk to Michael Gove - you might have been hoping to hear from Michael Gove at this time. He had very kindly come into the building so we didn't have to deal with one of those awkward line failures.

"Mr Gove is stuck in the Broadcasting House lift. I wish I could say this is a joke, it is not a joke and it is not very funny for Mr Gove and the security man, who have been stuck there for some time."

He said Mr Gove had been "keeping cheerful".

The Housing Secretary eventually arrived for his slot, joking: "After half an hour in the lift you have successfully levelled me up."

Told that #FreeMichaelGove had been started on Twitter, he said he suspected there are "rather more people" who feel he should be "incarcerated for longer".

He later told LBC he had texted BBC chairman Richard Sharp in order to be freed from the lift.

A BBC spokesman said: "We're sorry Mr Gove was stuck in one of our lifts, but we're glad he was later able to take part in the interview."

The incident came as Mr Gove was due to update MPs on plans to fix the cladding crisis.

Leaseholders have been trapped in dangerous homes they cannot sell for more than four years after the Grenfell Tower tragedy in 2017, in which 72 people were killed.

The Tories have ripped up unpopular plans to make leaseholders in buildings between 11m and 18m tall take out loans to cover the costs of remediation work.

Property developers have instead been warned they face legal action and new taxes if they fail to pay up for costs of dangerous cladding, which Mr Gove estimates to be £4 billion.

In an earlier interview with Sky News, Mr Gove said he is prepared to "use legal means and ultimately, if necessary, the tax system" to ensure developers live up to their responsibilities.

He said: "We want to say to developers and indeed all those who have a role to play in recognising their responsibility that we want to work with them.

"But if it's the case that it's necessary to do so, then we will use legal means and ultimately, if necessary, the tax system in order to ensure that those who have deep pockets, those who are responsible for the upkeep of these buildings, pay rather than the leaseholders, the individuals, who in the past were being asked to pay with money they didn't have for a problem that they did not cause."

He said there could be a developers tax but stressed some had "been stepping up to the plate already" to remove dangerous cladding.