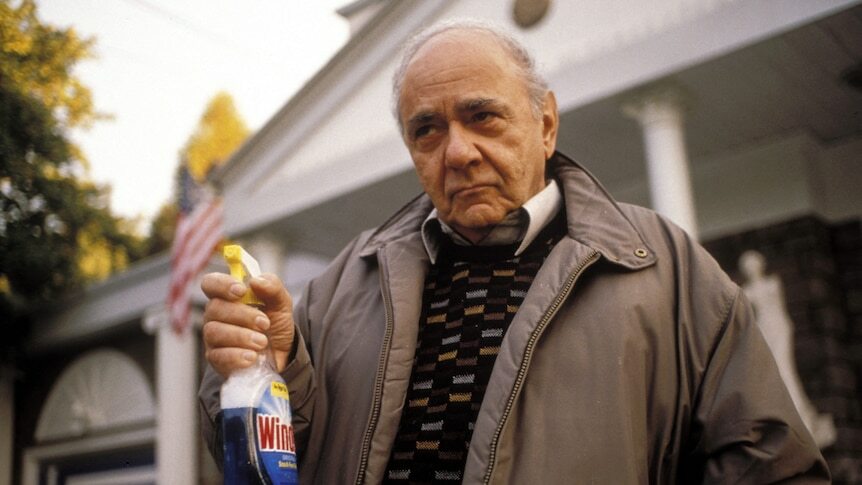 Michael Constantine, the actor best known for playing the Windex-toting father in My Big Fat Greek Wedding, has died aged 94.

His family this week announced that Constantine died on August 31 in his Pennsylvania home surrounded by family after being ill for several years.

The son of Greek immigrants and born Gus Efstration, Constantine started out in the theatre in New York and went on to find small successes in television and film.

He won an Emmy in 1970 for his supporting role in the comedy series Room 222, for which he was also nominated for a Golden Globe.

But his iconic role came later in life playing patriarch Gus Portokalos in the 2002 movie My Big Fat Greek Wedding.

The movie, written by lead actress Nia Vardalos, was a surprise hit and remains one of the highest-grossing romantic comedy films of all time.

Constantine's character's obsessive belief that cleaning product Windex could fix everything was a running joke in the movie and one of its standout soundbites.

He reprised in the role for the film's 2016 sequel My Big Fat Greek Wedding 2, his final on-screen appearance.

Vardalos has said she based the character on her own father, who started using it as a cure-all after he accidentally sprayed some on a wart and it dried out.

Speaking to Greek news network Hellenic News of America in 2017, Constantine said he had had "hundreds" of people send them Windex bottles asking for his autograph.

Getting the role wasn't so straightforward: Constantine was initially hesitant but then auditioned three times, then when he was offered the job he turned it down.

"I was very leery. I didn't know Nia then, and I was anxious about someone writing some Greek thing," he said.

Following the announcement on Thursday of Constantine's death, Vardalos tweeted a tribute to her former co-star.

"Michael Constantine, the dad to our cast-family, a gift to the written word, and always a friend. Acting with him came with a rush of love and fun. I will treasure this man who brought Gus to life. He gave us so much laughter and deserves a rest now. We love you Michael."