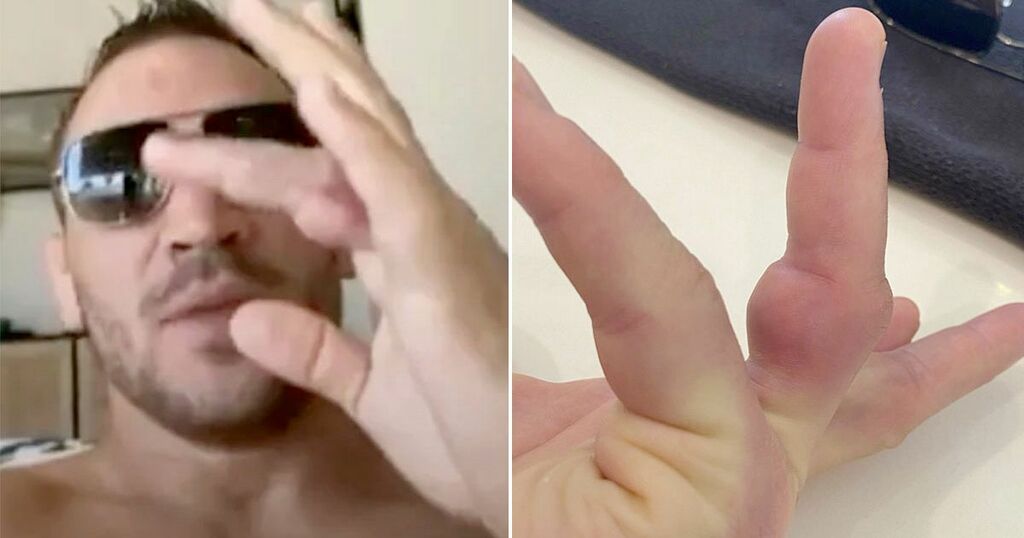 Michael Chandler fractured his shinbone after throwing just two kicks in his fight against Tony Ferguson at UFC 274.

Chandler produced one of the greatest knockouts in promotional history by stopping Ferguson with a brutal front kick in their lightweight clash last weekend. Ferguson was unconscious before he went down as the Phoenix crowd erupted to the knockout of the year contender.

Ferguson had a successful first round in the fight and left Chandler's right eye badly swollen. Chandler revealed on The MMA Hour that his shinbone is likely fractured and his finger is dislocated after the win. "God did not create our bones to crack up against each other like we do. I threw two kicks in that fight – one on Tony's inside right leg as he was a southpaw. He switched stances and I hit him with a really hard low kick as well," he said.

What was your reaction to Michael Chandler's knockout of Tony Ferguson? Let us know in the comments section below

"So [my] shinbone is jacked up, could have a fracture in there. My ankle has had some problems in the past. Obviously, the dislocated finger... it was definitely a hundred percent dislocated after having Dr. Davidson look at it."

Ferguson was taken to hospital for a CT scan after the concerning knockout, but was thankfully released without concern. 'El Cucuy' congratulated Chandler on his win and vowed to come back stronger after his 60-day suspension.

Chandler, who admitted he never practices front kicks in training, called for a welterweight fight with Conor McGregor after his win. Nate Diaz also pushed for his shot at Chandler, suggesting UFC 277 on July 30 as a potential date.

Fellow top UFC lightweight Dustin Poirier has mocked Chandler for avoiding him and 'Iron' admitted he has no interest in facing Poirier. “It would be Diaz," Chandler said of his next opponent. "I have no interest in fighting Dustin, honestly.

Former Bellator champion Chandler snapped a two-fight losing streak by knocking out Ferguson, who has now lost four consecutive fights. Chandler will have to undergo a 30-day medical suspension, MRI and CT scans before returning to action.