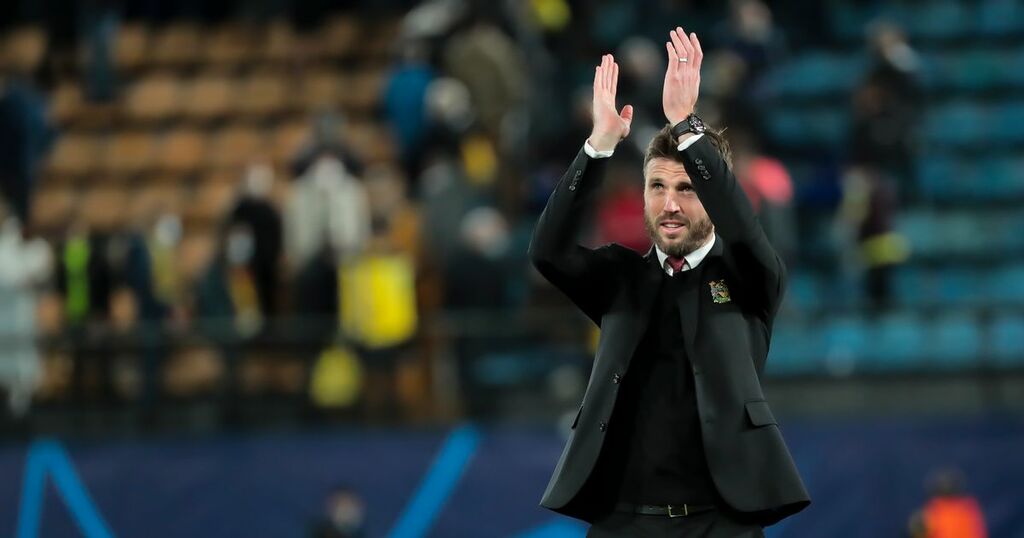 Even by Manchester United's standards Tuesday was a complicated day. While Michael Carrick began his spell as caretaker manager perfectly, Ernesto Valverde was being sounded out about the interim manager role and confidence was growing that Mauricio Pochettino could be prized out of Paris St-Germain sooner rather than later to take over permanently.

It can be hard to keep up at times and even by United's ability to generate headlines the whirlwind 80 hours or between kick-off at Watford and full-time in Spain were chaotic.

To start with the football, Carrick's opening night went as well as could be hoped for after the curtain went up. In the Estadio de la Ceramica United began like a team lacking confidence and ended the game with a swagger. The players seemed to belief in the game plan and as it begin to pan out how the caretaker had suggested, the confidence grew in time.

Carrick instilled defensive discipline into a system where there had been none just three days ago. It took a while for United to impose themselves on the game, but in the final quarter they dominated proceedings. It was a double substitution, bringing on Bruno Fernandes and Marcus Rashford at the same time, that really swung the pendulum towards United.

As Carrick was busy preparing his team in the sleepy Spanish town, news was breaking that Valverde, himself a former Villarreal manager, had been spoken to about the interim role. At almost exactly the time Pochettino was being asked about his interest in the United job during his press conference ahead of the Manchester City game. The reporters on the United beat needed to be in three places at once.

It's clear that United's plan at the moment is pretty flexible. They dithered over ditching Ole Gunnar Solskjaer and there's an element of making things up as they go along for now. On Sunday they made their intentions clear to appoint an interim to take over from Carrick, before focussing on a permanent replacement in the summer of 2022. That could be three managers in seven months, a confusing situation for players who tended to want to know who is in charge and what voice they should be listening to.

But right now it's the spectre of Pochettino that is looming over negotiations at all angles. Valverde is one of several experienced managers under consideration for an interim role, but if Pochettino can be appointed imminently then there is no need for an interim. United might yet be able to do away with the middle man.

Pochettino has been admired by United for a long time. He was the top target before Solskjaer's dream run as caretaker in early 2019 and he remained on the radar during Solskjaer's struggles last autumn.

He's now been at PSG since January but it's clear that it's not a perfect union. The players there don't suit him and he wanted a Premier League return in the summer when Tottenham tried to bring him back. This is clearly an even more attractive job.

Pochettino might be open to coming to Old Trafford now - and he toed a delicate line in his public utterances on Tuesday - but getting PSG to let him go could be the difficult part. The attraction of Zinedine Zidane to the Parisians could smooth negotiations. The Frenchman looks a better fit for that squad.

What United's opening night under Carrick has done is buy the decision-makers some time. Had they stumbled in the Champions League and produced another insipid performance then the need to bring in an interim manager as a matter of urgency would have grown, especially with Chelsea and Arsenal around the corner.

But Carrick confounded the critics who have questioned his coaching and labelled him as just as responsible for United's slide as Solskjaer. In just one training session he gave United structure and while the first 70 minutes weren't easy on the eye they were effective. There were reasons for mild optimism.

That should encourage United that Carrick can continue to hold the fort against Chelsea this weekend and maybe even the Gunners next week. That will give them time to see how plausible obtaining Pochettino right now is.

While they will continue to keep their options open over an interim manager, the caretaker has done enough to allow the focus to be on Pochettino right now. The perfect plan for United would see the interim role shelved, with the caretaker handing over to the permanent manager in the next few weeks, when the chaos could give way to calm.