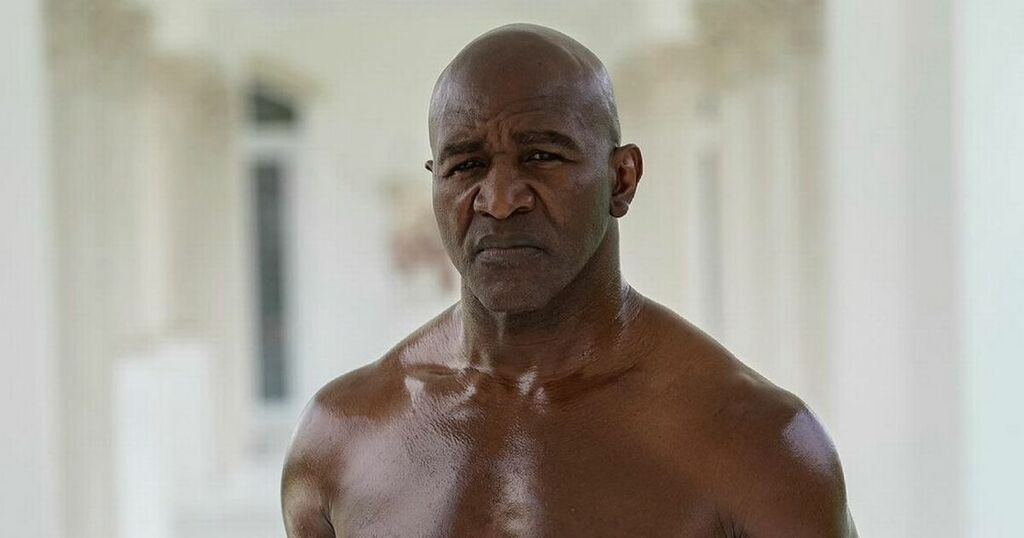 The fight between Holyfield and Belfort will take place over eight two-minute rounds. Triller - who are promoting the event - are gunning for the Florida commission to sanction the bout as a professional contest.

Bisping has a heated rivalry with Belfort after suffering a detached retina following his knockout loss to Belfort in 2013.

The loss sparked controversy as Belfort was granted a special exemption to use testosterone replacement therapy (TRT) for the fight.

Bisping said his eye has never been the same after the loss and he was "clinically blind" for the last few fights of his UFC career.

And although Bisping doesn't hold a grudge over his loss to Belfort, he wants to see Holyfield defeat his rival.

He said on the ' Believe You Me' podcast: “I hope Evander beats the f*** out of him. That’s all I’m going to say, I’m not going to go into a technical breakdown of it. God knows what Vitor’s been doing.

“Evander Holyfield is a big dude… I f****** hope (he beats Vitor). I would take great pleasure in that. I don’t care what you say, he was on juice and he beat me fair and square.

Belfort parted ways with the UFC in 2018 after his knockout loss to Lyoto Machida. 'The Phenom' signed with ONE Championship in 2019 but never fought for the promotion.

Who wins this weekend, Holyfield or Belfort? Comment below

And Holyfield has teased a trilogy fight with his longtime rival Mike Tyson after he faces Belfort.

He said: "My views are you always help people. I try to pass on the goodness that was passed onto me,. Where an opportunity is available, I like to make the best out of what I have.

"I believe if I fought Mike the fight will generate $200million. It will be the biggest fight there is. That’s the honest truth. I think Mike has my message already.

"If he is going to do it he is, if not then he’s not. It’s a decision he has to make now and we both have to be in an agreement."

Former US President Donald Trump has also been announced as a special guest commentator for the fight alongside his son Donald Trump Jr.