Michael Andretti Heads Up SPAC To Raise $200 Million Through IPO; Focus Outside Of Racing 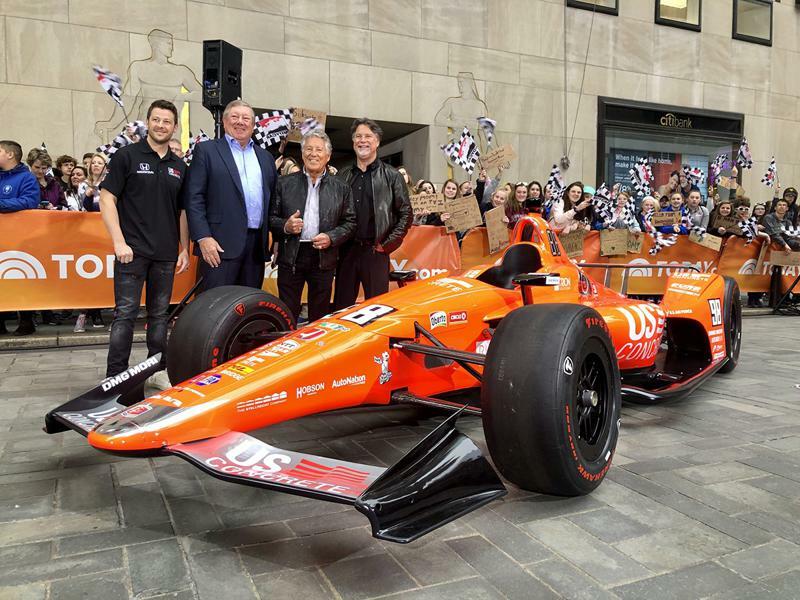 Michael Andretti has built a racing empire. Now he looks to drop the hammer on Wall Street.

Michael, through the highly diversified Andretti Autosports, has leveraged his partnerships in Formula E and Extreme E, has set his eyes on acquisitions largely outside the racetrack focusing on a stable of companies that range from electrification of the auto space, autonomous technology, racing, luxury/performance products, auto aftermarket, auto service, and retail, or other disruptive technologies.

The special purpose acquisition company (SPAC) created for this purpose named Andretti Acquisition Corp..announced its initial public offering (IPO) on Thursday of 20,000,000 units at a price of $10.00 per unit setting a target of raising $200 million.

Michael, the son of the legendary racer Mario Andretti, is co-CEO along with long-time friend and business partner Bill Sandbrook who is the former CEO of U.S. Concrete. Others involved include McLaren Racing CEO Zak Brown.

The stock is now being traded under the ticker symbol “WNNR.U” on the New York Stock Exchange.

According to Matt Brown, the CFO of the new Andretti Acquisition Corp., the long-term vision, once the acquisition is completed, having a seat on the board would allow the company to assist in public company readiness and governance. Or, helping with sales and vendor agreements for partnerships through Andretti’s vast network of business connections built throughout nearly 20 years of racing.

“We own a business that’s not just racing,” Michael said to me as part of an interview with Sandbrook and Brown. “In looking at other SPACs, we felt we had a lot to bring to the table – not just our brand, but our contacts and the knowledge of the space given our eight years in Formula E and now Extreme E where we’ve built an incredible partnerships. We felt we had something different to offer than other SPACs.”

While the SPAC is not targeting racing, the Andretti name – one that is a household commodity – is a brand that the company feels it can utilize at a given time.

“Some companies might not benefit from it, while others in the automotive space may lend itself to the brand, so it will depend on the fit,” Michael said.

“This brand is a family brand,” Sandbrook said. “It’s three generations of the Andrettis. This isn’t a single person brand. It’s a 50 year family name that our studies show 75% of Americans know the name. With Michael and Mario both having raced in F1, Andretti is not just a U.S. brand, it is a world-wide brand. It’s a very unique attribute that we’re bringing to the table that we feel no one can match.”

It would be easy for race fans to think the SPAC is part of Andretti’s continued efforts to purchase an F1 team, but he and Sandbrook made it clear that this is entirely outside of that sphere. Andretti was 48 hours from closing the deal to purchase the Alfa Romero F1 team, when talks collapsed. That might lead some to think it was a funding issue and therefore the SPAC may tie into it. Michael said the deal fell through over who would control the team, and that his separate investor partners on the F1 side are deep.

“Financing was never the reason the Alfa deal fell apart,” Michael said. “This SPAC is focusing almost entirely outside the racing space.”

As to the planned opportunities for acquisition, while most will be U.S.-based, Andretti Acquisition Corp. is a blank check company with incorporation in the Cayman Islands which allows it to pursue acquisitions worldwide, not just the U.S.

In Q1 of 2021, the group considered raising $250 million through the SPAC. But given that quarter was the largest volume for SPACs at the time, guidance directed the Andretti-led effort to pull back to the $200 million target as the SPAC IPO market has corrected.

As to the number of targets in Andretti’s sights, he said the company has a list of around 40 companies they are currently vetting.

Michael is a racing champion in his own right – the apple didn’t fall far from the tree. But unlike Mario, he set his eyes on being part of the business of racing as soon as he stepped out of the car.

In 2003 he joined with Barry Green to form Andretti Green Racing. Since then he has built Andretti Autosports to cover nearly every racing discipline. An F1 team is tantalizingly close. It’s not out of the question to think of a NASCAR team at some point.

But ask the racer who is now a highly diversified business owner if he envisioned back then him racing through Wall St. with the new Andretti Acquisition Corp. SPAC, he doesn’t hesitate.

“Hell no,” Michael says with a chuckle. “It wasn’t a planned root. I didn’t know what a SPAC was until two years ago. The only plan we had back then was we wanted to be in all forms of racing. It’s so funny how life goes and how opportunities present themselves.”