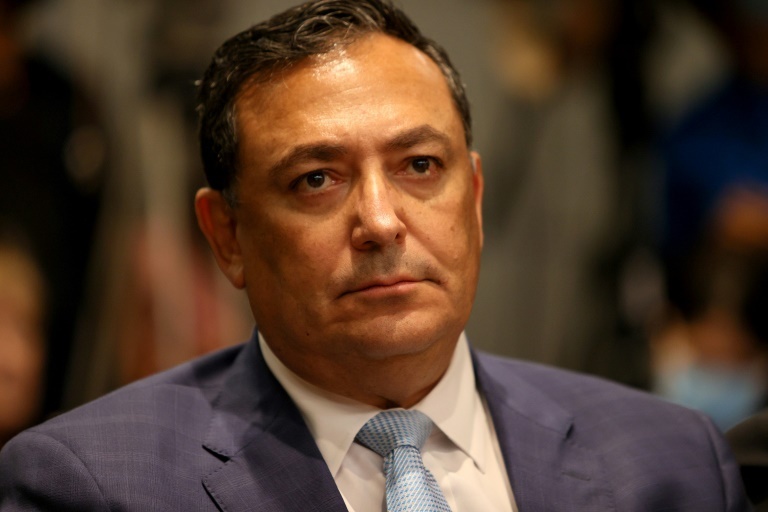 On Monday, the city council had announced Art Acevdeo's suspension and its intention to replace him.On Thursday, the five members of the municipal commission confirmed his dismissal unanimously, at the end of a hearing at the mayor's office which Acevedo attended.

His poor relationship with the city council worsened last month after he declared that the Miami police were run by a "Cuban mafia," historically a derogatory term used by Havana to describe the island's exiles who oppose the communist regime.

Acevedo, born in Cuba and raised in Los Angeles, apologized shortly thereafter, explaining that his comment was a joke and that he was unaware of how loaded the expression was for the Cuban community, which is heavily concentrated in Miami.

But the damage was done.The police chief had risen to prominence in the United States in 2020 by participating in protests triggered by the death of African-American George Floyd at the hands of a white police officer in Minneapolis.

As head of the Houston police, which was his previous position, he defended greater control of gun sales and criticized then-president Donald Trump.

Acevedo had to hear harsh criticism at the hearing Thursday, including from one of his top lieutenants, Manny Morales.

"The entire department, from the rank-and-file to the executive staff has lost confidence in the chief," said Morales, who was appointed interim police chief in his place, quoted by the Miami Herald.

Acevedo told The Washington Post he had probably moved too fast toward reforming the Miami force.

"When you come to a city where politicians are definitely not interested in change, I now recognize I probably should have assessed this and looked for the minefields a little more closely," he told the Post.