MIAMI — Miami-Dade County moved closer Wednesday to requiring building inspections after 30 years, one decade earlier than the current law, in a proposal that was a response to the collapse of the Surfside condominium.

The proposed county ordinance won a unanimous vote before the commission’s Policy committee, advancing to a final vote before the full board in the coming weeks. The clerk recorded 8 yes votes at the committee meeting, enough for passage on the 13-seat board.

The centerpiece of the proposal moves the current 40-year deadline to 30 years for obtaining a county or city certification that a building complies with structural and electrical rules in Miami-Dade. The aim is to prod building owners to start repairs on neglected maintenance a decade sooner than required under current law.

“There is going to be savings for these homeowners by forcing them to come in, and to look at these problems sooner rather than later,” said Ricardo Roig, who oversees Miami-Dade’s code enforcement division.

In the months after the collapse, industry groups, reform advocates and others called for tougher building rules statewide and in Miami-Dade. That included a recommendation for cutting Miami-Dade’s 40-year recertifcation window in half to 20 years for coastal buildings, like Champlain Towers.

A 30-year deadline for recertifications would still give Miami-Dade the most stringent rule in Florida for when structures must submit inspection reports to local governments certifying the buildings are safe. At the moment, only Broward and Miami-Dade counties have recertification rules on the books, both with 40-year deadlines.

Commissioner Raquel Regalado said Miami-Dade didn’t want to impose a set of even more stringent rules that could overwhelm the budgets of condo associations and homeowner groups.

“We wanted to ensure what we were doing was enforceable and doable,” she said. “The last thing we wanted to do is change the rules and have people be unable to comply.”

Lourdes Gomez, director of Miami-Dade’s Department of Regulatory and Economic Resources, which includes the inspection division, said the 30-year target was picked as the time frame where neglected concrete often starts showing signs of age.

“When they had not been properly maintained, you start to see the signs,” she said.

If the legislation passes, buildings built between 1983 and 1992 would be given until March 2024 to comply with the new rules. After the first round of 30-year inspections, the new Miami-Dade law would require follow-up recertifications every 10 years.

County administrators estimated about 3,000 buildings are within 10 years of needing a 40-year recertification, and so would be immediately impacted by switching to the earlier deadline. The recertification rules cover residential and commercial buildings but exempt single-family homes, duplexes and structures where fewer than 10 people live.

Notifications of the pending recertification deadlines are expected to go out soon after the commission passes the law. The legislation requires that building owners be warned two years before recertifications come due. The current rule only requires a 90-day notification.

The proposed engineer mandate led to concerns that South Florida won’t have enough professional engineers to conduct the inspections. Garcia said he’s open to tweaking the requirements if they become a burden.

“If we don’t have enough structural engineers, I think we can come back and try to amend that in the future,” he said.

Alfonso Fernandez-Fraga, a Miami engineer, urged commissioners to drop another provision requiring an engineer to declare a building safe during any repairs needed to bring a building into compliance once the recertification deadline has passed.

Fernandez-Fraga said many engineers won’t want to take the risk of calling a structure safe — a certification not required under the county’s current rules. 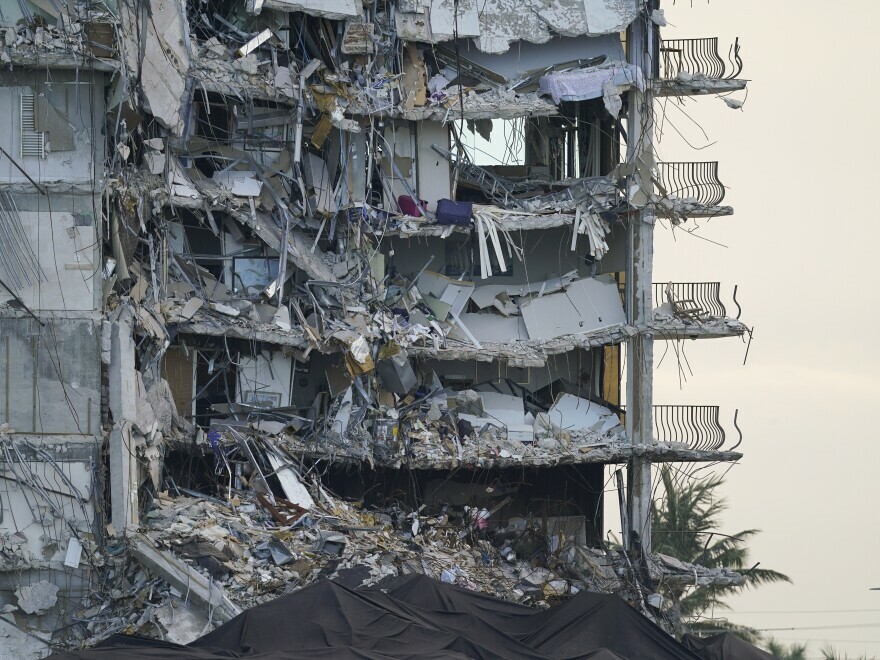 WEKU
One subscription that gives you access to news from hundreds of sites
Lawyers: Nearly $1B tentative settlement in condo collapse