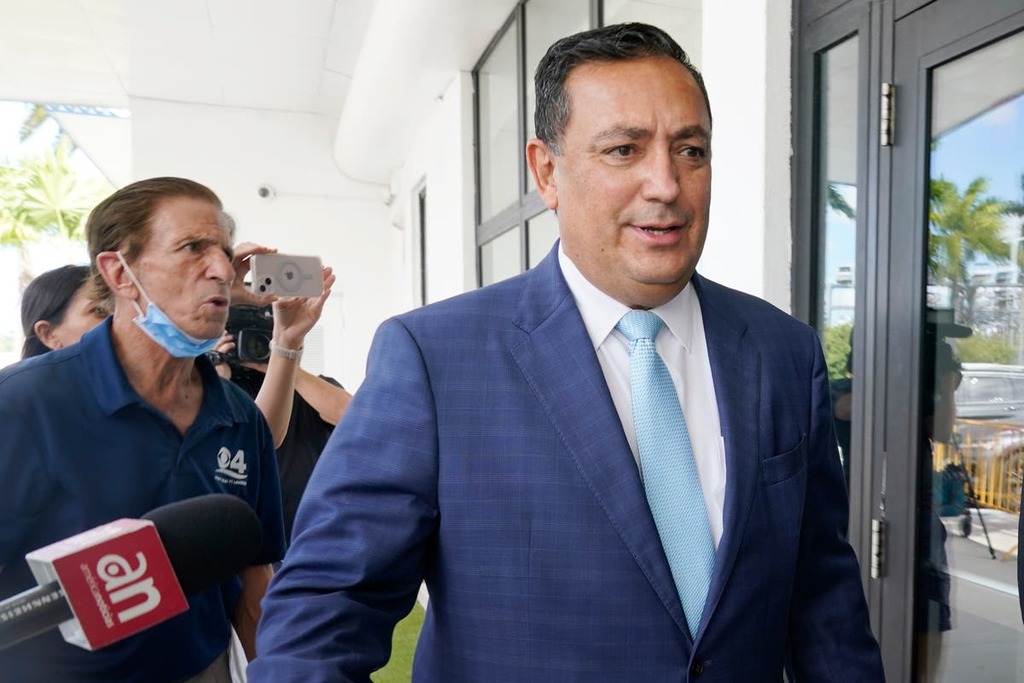 Miami city commissioners unanimously voted Thursday to fire Police Chief Art Acevedo after a short and stormy tenure in which he clashed with city officials and members of his own police force.

The five commissioners took the step following a trial-like hearing in which he was criticized for offending fellow Cuban-Americans and losing the trust of his officers, while his attorney argued that the city’s politicians wanted him gone because he accused them of corruption.

Acevedo, who took office in April after leaving his post as Houston police chief, did not testify at the meeting. At the time of Acevedo's hiring, Miami's mayor hailed the veteran police official as the Michael Jordan and Tom Brady of police chiefs.

Acevedo’s attorney John Byrne said at Thursday's meeting that there was not enough time to build a case to properly defend Acevedo with the meeting scheduled four days after he was suspended by City Manager Art Noriega.

Commissioners said they were obligated to vote on the matter within five days of receiving the notice per city rules.

“Based on what we have seen here today, it is clear the commissioners have not a valid basis for terminating Chief Acevedo,” he said, adding the reasons stated by the city manager were “pretextual” and the real justification was an eight-page memo in which he accused city commissioners of meddling in the police department and internal investigations.

“If chief Acevedo could say anything that would make any difference, he would. It’s very clear what’s going on,” Byrne said.

Noriega’s attorney, Stephanie Marchman, meanwhile argued the termination of Acevedo was fair. She stated there were several reasons including testimonies that he had lost the trust of his police officers and made remarks the city was run by a “Cuban mafia,” a term former Cuban leader FIdel Castro used to refer to exiles in Miami.

“Any one of those reasons is sufficient to remove him from his position,” she said.