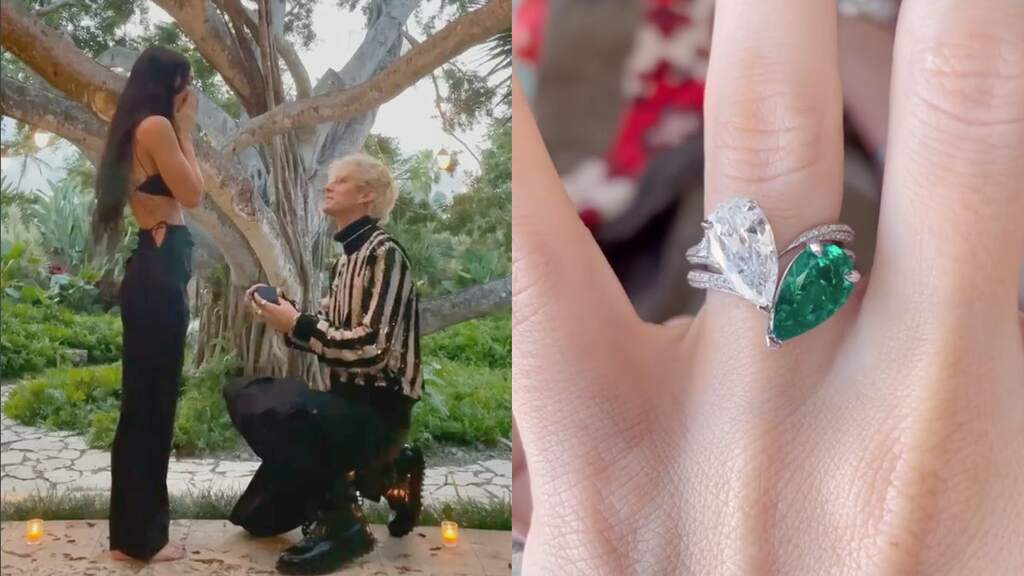 Posting on Instagram to announce the engagement, Megan Fox shared a video of the proposal, complete with two (2) tea light candles, bird sounds, and MGK looking like he’s straight out of a Tim Burton film.

Despite their undead aura the two are, in my opinion, super cute, with Megan writing a long Instagram caption describing their ~dramatic~ relationship journey together.

“In July of 2020 we sat under this banyan tree,” Megan’s caption began.

We asked for magic

We were oblivious to the pain we would face together in such a short, frenetic period of time.
Unaware of the work and sacrifices the relationship would require from us but intoxicated off of the love. And the karma.

Somehow a year and a half later, having walked through hell together, and having laughed more than I ever imagined possible, he asked me to marry him.

…and then we drank each other’s blood

Married in multiple lifetimes?? Drinking each other’s blood??? Like I said, immortal vampire energy, and honestly… I kind of love it? Morticia Addams would approve.

MGK shared a video of the ring he proposed to Megan with on his Instagram, and it is gorgeous and witchy in the way Megan deserves.

And if you doubted MGK’s ability to actually be the sweetest and most doting partner ever, think again — because the ring he proposed with is so steeped in sentimentality I’ll now never be satisfied with any gift I receive ever.

“yes, in this life and every life” beneath the same branches we fell in love under, i brought her back to ask her to marry me,” MGK wrote on Instagram.

“i know tradition is one ring, but i designed it with Stephen Webster to be two: the emerald (her birth stone) and the diamond (my birth stone) set on two magnetic bands of thorns that draw together as two halves of the same soul forming the obscure heart that is our love. 1-11-2022 “.