MFS firefighters battle fire in upholstery business at Salisbury South, with smoke drifting over nearby suburbs 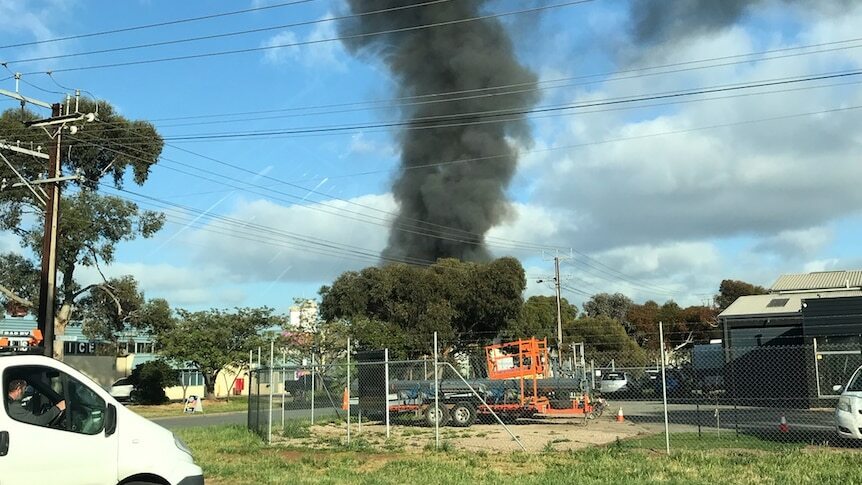 A smoke warning has been issued after firefighters battled a large blaze at an upholstery business just north of Adelaide this morning.

In a statement, the Metropolitan Fire Service (MFS) said the fire, in a warehouse on Pentland Road at Salisbury South, was "well involved" when crews arrived.

All occupants had evacuated the property after the fire broke out around 8:00am, the MFS said.

About 46 firefighters were on scene this morning, with the public urged to avoid the area.

It took 13 appliances around 30 minutes to contain the fire.

Smoke continues to drift in a north-easterly direction, towards Hillbank and surrounding suburbs, with a smoke warning still in place.

Nearby residents should stay inside and close windows and doors until the smoke passes.

MFS crews remain on scene to investigate the cause of the fire, with the damage bill still unknown.