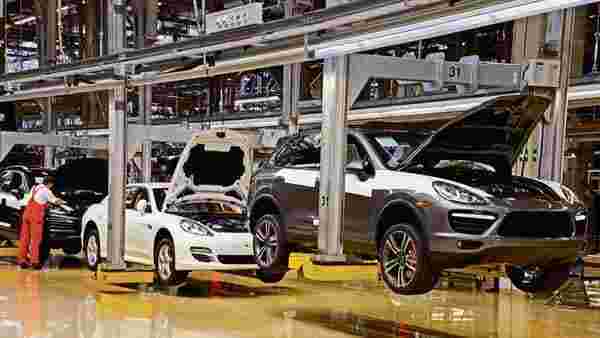 MUMBAI : Mutual funds (MFs )dumped auto stocks in August as inflows into equity schemes declined. MF allocation to the auto sector declined to a 17-month low of 5.9% in August, falling 30 basis points (bps) from July and 50 bps compared with the same month of the previous year, according to data sourced from the Association of Mutual Funds in India (Amfi) and NAV India analysed by Motilal Oswal Financial Services Ltd.

The review includes data for India’s top 20 domestic MF houses that command nearly 97% of the industry in terms of assets under management.

Auto companies have been facing tough business challenges because of pandemic-led supply disruptions and higher commodity prices. Short supply of semiconductors is expected to impact sales and production in the near term. Price hikes, rising fuel costs, and the possible implementation of new bumper-to-bumper insurance regulation could limit consumer spends, said analysts at ICICI Securities.

Overall retail sales volume in August was marginally better because of the gradual recovery in demand and better consumer sentiment, while wholesale volume was lower because of production constraints for a few segments, analysts said.

“Considering gradual recovery in the covid scenario, we expect retail demand across segments to witness some recovery in the near term, though the pace of recovery would be somewhat slow. While we expect volume to improve in the next two months, there is uncertainty related to festive demand towards the start of Q3FY22. Apart from control on incremental covid caseload, rainfall situation by September-end would decide how the demand scenario would pan out," said Reliance Securities.

However, the Union cabinet’s approval on Wednesday of the ₹26,058 crore production linked incentive (PLI) scheme for auto, auto-components, and drone industry is expected to lift the auto sector.

Other sectors that saw cuts by MFs in August were metals, healthcare, public sector banks, consumer durables, and cement.

Equity MF schemes received net inflow of ₹8,056.80 crore in August, down 61.15% from ₹20,742.77 crore in July, according to Amfi data. However, fund managers bought non-banking financial company (NBFC) stocks increasing the weightage of the sector to an 18-month high of 7.9%. It shows a rise of 50 bps month-on-month and 110 bps year-on-year.

“The sector now ranks third in the allocation of MFs, it was in the sixth and fourth position a year and a month ago. Technology continued to scale new heights as its weightage increased to 12.1%," said Deven Mistry, analyst, Motilal Oswal Financial Services.