By Dave Graham and Drazen Jorgic 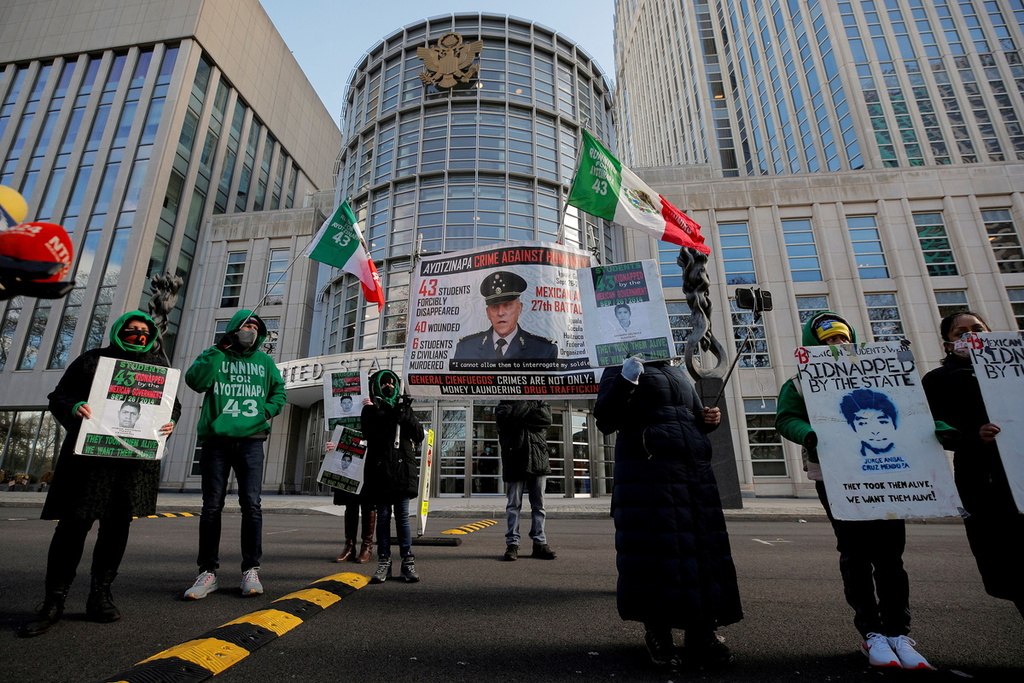 The United States and Mexico are hashing out a security arrangement to replace the Merida Initiative that will focus on exchanging information and the root causes of violence, in a bid to soothe bilateral friction, Mexican government sources and U.S. officials said.

Key elements of the new agreement will be up for negotiation on Friday during U.S. Secretary of State Antony Blinken's visit to Mexico City, where the Biden administration will hold its first U.S.-Mexico High-Level Security Dialogue.

Two Mexican government officials said the new agreement will replace the multibillion-dollar Merida Initiative, a plan that was launched in 2007 and initially gave U.S. military aid to Mexico in the fight against drug cartels.

"The Merida Initiative is dead," said one of the Mexican officials, speaking on condition of anonymity.

The officials noted the new accord would signal that the two neighbors had moved past the diplomatic storm unleashed by Cienfuegos' arrest on drugs charges at Los Angeles International Airport.

Washington is calling the new initiative the U.S.-Mexico Bicentennial Framework for Security, Public Health and Safe Communities, according to senior Biden administration officials, who briefed reporters on condition of anonymity.

After Friday's talks, Washington would develop an action plan by Dec. 1 and then expects to have a three-year bilateral framework and plan agreed by Jan. 30 next year, the officials said.

Mexico's foreign ministry did not immediately respond to a request for comment.

State Department spokesperson Ned Price, asked in a media briefing on Thursday whether Merida was dead, said Washington believed security cooperation was "due for an updated look."

"The Merida Initiative helped Mexico strengthen rule of law and counter-narcotics capacity," Price said. "We want to see to it that those gains are preserved, (and) that that cooperation is deepened."

Worked out over the last few months, the new deal did not foresee Mexico receiving military equipment or funds, and was instead focused on information exchange, inter-agency cooperation and training of personnel, the Mexican official said.

Mexican President Andres Manuel Lopez Obrador sees the Merida Initiative as tainted by its association with previous governments, and for financing security equipment in the 2000s. In recent years, the program supported justice reform, immigration infrastructure and drug demand reduction.

The new accord would make clear that Mexico and Washington shared responsibility for addressing chronic cross-border problems such as illicit arms trafficking and the demand for illegal drugs in the United States, said the official.

That would be a win for Mexico, but it means the agreement also implied Mexico was accepting that the United States' security concerns were its own concerns, the official said.

The new accord's goals in tackling violent crime and arms trafficking were likely to be announced gradually, not on Friday, the official said. For now, the two sides would focus on explaining how they would work together under it.

A second government source, who is a senior Mexican security official, confirmed the Merida agreement has been "stopped," and said a key component of the new agreement will be programs that tackle the "root causes" of violence in Mexico.

Cienfuegos' capture took the Lopez Obrador administration by surprise, and gave fuel to Mexico's long-standing concerns about U.S. anti-narcotics agents impinging on its sovereignty. It prompted Mexico's Congress to pass legislation to make it harder for U.S. agents to work on Mexican soil.

U.S. officials have complained that efforts to battle powerful cartels were obstructed because of the fraying in relations, and the inability of U.S. agents to move freely around Mexico.

The senior Mexican security official said while there was room for negotiation, the U.S. agents would not be able to operate in the same manner as before Cienfuegos' arrest and the passing of the new legislation.

"That's out ... because the president really believes in sovereignty," he said.