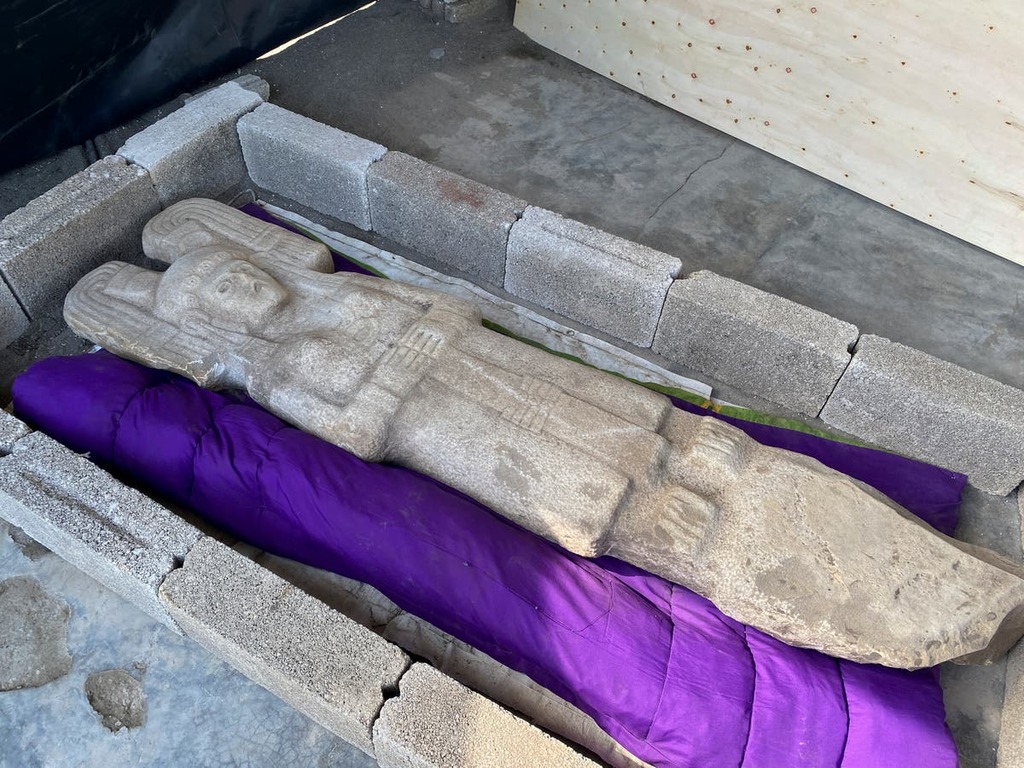 Mexico city will replace the statue of Christopher Columbus from its most iconic boulevard with one depicting an Indigenous woman called “The Young Woman of Amajac.”

The decision to replace the statue on Reforma Avenue with “The Young Woman” was made on Tuesday by city’s governor Claudia Sheinbaum, who announced the news in a Twitter post in Spanish.

The original statue of “The Young Woman” sits in Mexico City’s Anthropology Museum. It depicts a leading woman member of the Huastec people and is named after the village where she was found buried in a field.

The statue was unearthed in January in the country’s Huasteca region. Nobody, however, knows what the stone sculpture originally depicted.

Ms Sheinbaum was quoted as saying by the BBC that the statue was meant to recognise “Indigenous women had been the most persecuted” during and after the colonial period.

She said the new statue will be a replica of the original statue and will be three times as tall as the Columbus statue, a part of the move to “decolonise” Reforma Avenue.

The date of the announcement of the new statue — 12 October — is significant as it is the anniversary of Columbus’s discovery of the Americas in 1492, a day Mexico calls the “Dia de la Raza” or “Day of the Race”, in remembrance of Indigenous peoples’ resistance to colonialism.

The significance is also on account of the fact that, while the day is celebrated in the US as “Columbus Day,” several activists look at the explorer as a symbol of colonialism and oppression.

The statue of Columbus in Mexico city’s most prominent avenue has, thus, been the focus of several protests in the city by activists who say the explorer is a symbol of colonialism and oppression.

In Mexico and several Latin American countries, it is believed that Columbus’s arrival in the Americas heralded Spanish colonial rule.

Though Columbus was born Italian, he was financed by the Spanish crown for his sea voyages in 15th century.

Columbus’s statue in Mexico city was removed last year after activists had threatened to tear it down. It will now be moved to a park in another area.

(With additional reporting from agencies)