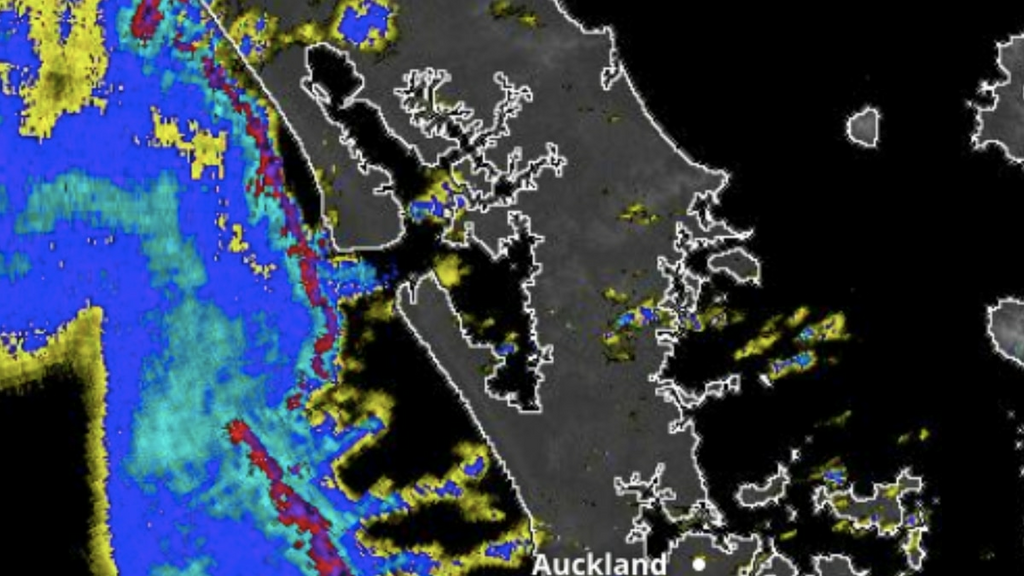 Northland and Auckland have been hit by severe thunderstorms that brought very heavy rain, damaging wind gusts and hail.

MetService issued the severe thunderstorm warning after 10pm last night for many areas across the Tai Tokerau region, as well as some areas in Auckland and the Coromandel.

The warning was later extended to cover the Auckland region down to Pukekohe.

Severe thunderstorm warnings for Auckland and Northland were both lifted after 11.15pm.

MetService has also issued a severe weather warning for the upper North Island, with severe gales possible in exposed places.

Heavy rain and severe gale northwesterlies are also set to hit parts of the South Island on Sunday and early Monday.

It comes after residents in Wellington and many areas in the South Island dealt with wild weather today with more than 50 wind-related incidents – including three trucks being blown over on State Highway 2 between Carterton and Masterton.

The warning, issued just after 8.30pm, cited a front tracking north along Te Ika-a-Māui, which would impact exposed areas of the upper North Island.

Another front was expected to bring "significant rainfall" to western parts of lower Te Waipounamu (the South Island), as well as severe gales for eastern areas on Sunday and early Monday.

A strong-wind warning was in place for the Canterbury High Country and foothills between 11am Sunday and 9am Monday, with gusts expected to reach 140km/h.

"The winds in the Canterbury High Country and foothills on Sunday and early Monday are likely to be damaging in exposed places, and may make driving conditions hazardous, especially for high-sided vehicles and bicycles," MetService said.

Strong wind warnings in place today for Wellington, Marlborough and Wairarapa including the Tararua District had been lifted.

For Lewis Pass, snow was likely to affect the road briefly until 2am on Saturday, with 1-2 centimetres forecast to fall close to the summit and lesser amounts to fall down to 800m.

On Milford Rd, motorists could expect 1-2cm to settle on the road near the tunnel, with lesser amounts down to 600m. Snow flurries could affect the road on Saturday afternoon but significant snowfalls were not anticipated.

The threat of significant snowfall on Lindis Pass and Crown Range Rd had passed.

As of 6.30am, Fire and Emergency had about 30 crews responding to about 10 wildfires from South Canterbury to Hurunui, Southern Communications Centre shift manager Kevin Barbara said.

According to Orion, about 2700 Canterbury homes were without power at one point as the gale-force winds tore across the region.