A metals firm that was handed a £586million ­ Scottish Government ­support package to buy a Highland smelter is facing a court bankruptcy fight.

Taxpayers could be hit with ­crippling losses if businessman Sanjeev Gupta’s GFG Alliance goes under as a result of the controversial deal signed by SNP ministers.

The company, given massive state support to buy metal and power plants in Lanarkshire and Fort William, is now at the ­centre of a fraud investigation and it could be ­liquidated if it loses a court ­battle with creditors.

The Sunday Mail revealed last year that then rural economy secretary Fergus Ewing could have broken conduct rules by attending a dinner with Gupta at a top Glasgow ­restaurant.

He dined with no officials ­present and failed to have notes taken – a strict rule included in the ministerial code when on government business.

It came after Ewing struck a complex financial deal to allow GFG to buy a smelter in ­Lochaber, near Fort William, and a ­Highlands hydro plant from Rio Tinto in 2016.

The size of the financial ­guarantee given by the Scottish Government to ­facilitate the purchase going ahead was originally about £360million of public money but it later ballooned to £586million.

Opposition politicians reacted with fury to news of the ­bankruptcy ­proceedings and demanded that First Minister Nicola Sturgeon “comes clean” over the decision to risk taxpayers’ cash on GFG.

Labour finance spokesman Daniel Johnson MSP said: “It is the ­earnings of hard-working ­taxpayers that are at risk because of the SNP’s ­agreement with GFG.

“We have seen Fraud Office raids, investigations and now ­liquidation ­proceedings but we are still no clearer what ­assessment the SNP ­Government made before ploughing billions of Scots’ cash into the ­company. The SNP need to come clean.”

Conservative finance spokesman Jamie Halcro Johnston MSP said: “The SNP’s dealings over the Lochaber smelter have been murky from the start.

“The SNP have done everything they can to hide the extent of the ­guarantees they put up against the smelter and, though this has now been revealed to be a colossal ­£586million, there are still huge ­questions to be answered over the Government’s financial involvement with GFG ­Alliance.

“With GFG facing liquidation ­proceedings, it’s time for the SNP to come clean on these dealings, which saw over half a billion pounds of ­taxpayer money used for guarantees.

“The Scottish Government must urgently lay out in full what concerns were raised with Scottish ministers over the deal and what safeguards have been put in place by ministers to ensure public money is protected.”

GFG was plunged into crisis last year due to the collapse of Greensill Capital, a finance firm that ­former prime minister David ­Cameron acted for as a lobbyist in a bid to access a UK government Covid bailout. Greensill’s owner Lex Greensill was also at the Glasgow dinner attended by Ewing.

The company is now fighting against insolvency for some of its key companies after Credit Suisse ­withdrew from debt negotiations.

Under UK law, creditors can request courts shut down companies that owe them money if they are able to show those companies cannot pay.

Credit Suisse pulled out of ­negotiations with GFG over almost £1billion of debt after the UK’s Serious Fraud Office (SFO) served a Section 2 notice to produce documents. Offices were also raided by French police.

GFG has repeatedly said it is close to securing new funding but its ­prospects have been affected by several criminal investigations.

A spokesman said: “Since 2016 GFG has invested £275million in Scotland and remains fully committed to ­operate and develop its Scottish aluminium, steel and hydro power assets in a way that will deliver sustainable industrial growth and generate long-term jobs.

“Following the collapse of our lender Greensill Capital, GFG continues to work constructively with creditors and stakeholders on refinancing, which will enable us to meet our obligations.

“The Lochaber smelter is performing profitably despite the impact of high energy prices. Plans to nearly ­double capacity on site with a new ­recycling and billet casting plant remain on track.

“As plans to expand progress… this will drive further spend in the local and national ­economy and enable us to target rising demand for Lochaber’s low-carbon aluminium.

“We will continue to invest to improve productivity, upgrade existing facilities and safeguard jobs for the long term. Our core international businesses ­continue to generate strong returns and achieve record production levels.

“We remain committed to repaying all creditors and continue to make…progress toward… debt restructuring.”

After originally promising to deliver 2000 new jobs, it emerged last year that just 50 positions had been ­created by GFG in Scotland.

Criticism of the Lochaber guarantee follows renewed attacks on Sturgeon over the Ferguson Marine fiasco.

More than £200million has been ploughed into the business but two CalMac ferries are unfinished five years after they should have entered service.

The contract was approved by ­ministers without normal financial safeguards and Audit Scotland was unable to establish why the £97million original order was given to Ferguson shipyard without such guarantees.

At the time the yard was owned by billionaire ­businessman Jim McColl.

“If the guarantee were to be called on, the assets secured to the Scottish Government would more than cover the cost of the guarantee.

“The net present value of the ­remaining power purchase agreement revenue stream over the remaining 20 years is £284million, while the ­business’s accounts valued the assets at Fort William at £438million.” 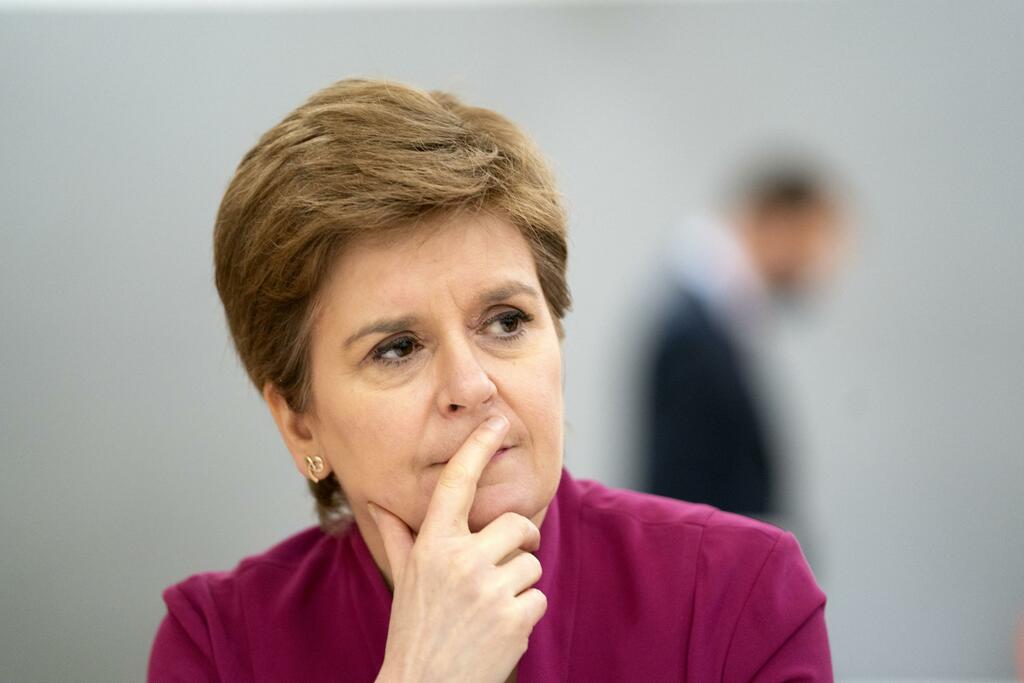 A spokesman for the Scottish Government admitted that "many tenants are struggling financially" due to the cost of living.