Meta won't build a dedicated metaverse after all, exec says

Facebook’s rebrand as Meta has been confusing on many levels, though perhaps the least sensical is its core mission. The company pivoted toward the “metaverse” so hard it changed its identity — but it seemed not to know what doing so would even entail. Not really, at least.

Mark Zuckerberg’s first metaverse keynote speech accordingly had little holding it together. His vision is all-encompassing and incohesive; it left the general public with little idea of what Meta’s metaverse would look like.

A common assumption is that most of Meta’s new venture will encompass the basic definition of a metaverse: Some sort of virtual world wherein users can live virtual lives, potentially with the aid of virtual reality hardware. This is, after all, much of what Meta has shown us thus far.

We may have jumped to this conclusion a bit too readily. Nick Clegg, Meta’s president of global affairs, published a very long blog post this week (alright, at 8,000 words it’s really more of a treatise) attempting to dissect Meta’s metaverse ambitions. It’s left us more befuddled than ever.

Not a single product —

After months of teasing the expansion of a world filled with legless avatars and virtual boardrooms where nothing gets done, Clegg is telling a different story of what we can expect from Meta’s metaverse. Instead, he posits, the metaverse will be more of an umbrella beneath which Meta can launch a thousand or so new products.

“All of us have a stake in the metaverse,” Clegg writes. “It isn’t an idea Meta has cooked up. There won’t be a Meta-run metaverse, just as there isn’t a ‘Microsoft internet’ or ‘Google internet’ today.”

Meta’s vision, as Clegg explains it, is for the “metaverse” to be a “universal, virtual layer that everyone can experience on top of today’s physical world — one where you can have a consistent identity (or even set of identities) that people can recognize wherever they see you.” This idea raises many questions for Meta’s business, perhaps most importantly: If the metaverse isn’t owned, how can Meta possibly maximize its profits off of it?

But it is owned —

It’s all well and good for Clegg to wax poetic here about this utopian vision of the metaverse. He makes valid points about the ways in which this perfect metaverse could change the world. The problem is that this vision is just that — a vision.

What Clegg is talking about is keeping the metaverse decentralized — an essential ideal of web3 and everything that comes with it. That’s the a core tenet of cryptocurrency. (Or it was originally, at least.)

Decentralization and capitalism do not play well together. Clegg can assure us there’s not a “Microsoft internet” or “Google internet” all he wants, but both of those companies do have extreme power over the internet as we experience it. That control is how Big Tech makes its big bucks.

If Meta isn’t owning the metaverse space — owning at least its share of the market — then it loses what’s kept it so valuable. It’s unlikely the company will purposefully give up the control it’s wielded for so long to stick to this decentralized ideal.

This is not to say Meta couldn’t continue making money by creating tools and platforms that play into the larger metaverse, but it would pose a significant shift in power to do so, and that shift isn’t a profitable prospect.

There is much, much more to Clegg’s essay, much of which concerns not what the metaverse is but rather how it could change the world for the better. His points, while well-argued, are complex and heavily theory-based.

For the average Facebook user, the meaning behind Meta’s metaverse may prove too complicated to really catch attention. Needing 8,000 words to explain your stance on the metaverse doesn’t make the idea very accessible.

Selling the metaverse as an ideal will be pivotal to Meta’s future success. Meta doesn’t just need to sell a product; it needs to sell a complex idea. The hard reality of doing just that has already sent Meta’s value plunging. How many more treatises will the global public be willing to read on the road to the metaverse? 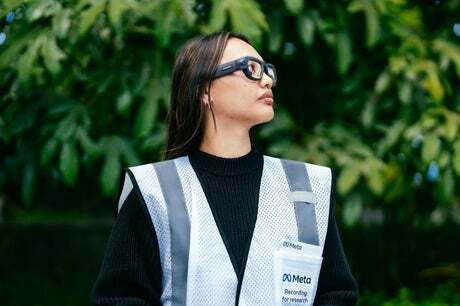 Evening Standard
One subscription that gives you access to news from hundreds of sites
Metaverse Land Just Sold For $4,838 (2 ETH) In The SandBox

What happened: Virtual land tokenized as an NFT just sold for $4,838, which is 1.52x the current floor price of…

Benzinga
This Plot Of Digital Land Just Sold For $4,288 In ETH In The SandBox

What happened: Virtual land tokenized as an NFT just sold for $4,288, which is 1.35x the current floor price of…