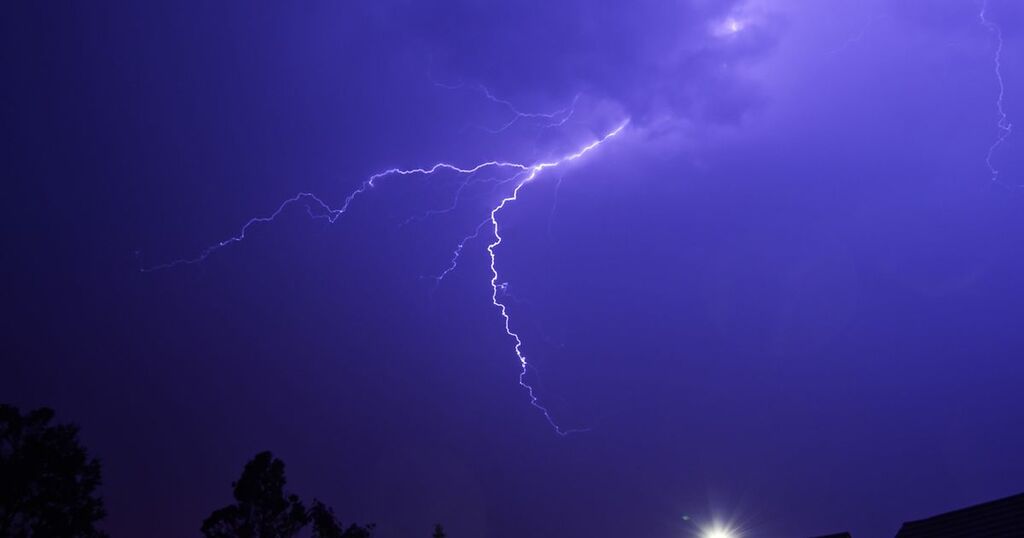 The Met Office has issued an update on a previous warning as Merseyside is set to be battered by storms.

Yesterday, forecasters said a yellow weather warning was coming into force on Thursday from 11am and would remain in place until 8pm the same day.

However, the Met Office has now brought the weather warning an hour forward and it will begin at 10am on Thursday until 8pm that day.

READ MORE: Woman finds elderly man 'with tears rolling down his face' crouched down in Sainsbury's

But it has now been expanded to cover much of Scotland and more of southwest England also.

Liverpool and the whole of Merseyside is set to be battered by heavy showers.

The Met Office warning said: "There is a small chance that homes and businesses could be flooded quickly, with damage to some buildings from floodwater, lightning strikes, hail or strong winds.

"Where flooding or lightning strikes occur, there is a chance of delays and some cancellations to train and bus services.

"Spray and sudden flooding could lead to difficult driving conditions and some road closures.

"There is a small chance that some rural communities could temporarily become cut off by flooded roads."

The thunderstorm warning comes after sunshine in Liverpool and Merseyside, with temperatures expected to reach highs of 28C on today.

The forecast for the North West said: "A bright start for many on Tuesday with any fog patches soon clearing. Feeling very warm to locally hot by the afternoon with prolonged sunshine throughout the day. Maximum temperature 28C.

"A fine end to the day with late sunshine. Further clear skies into the night, bringing a risk of some fog patches. Staying dry throughout but feeling humid. Minimum temperature 14C."