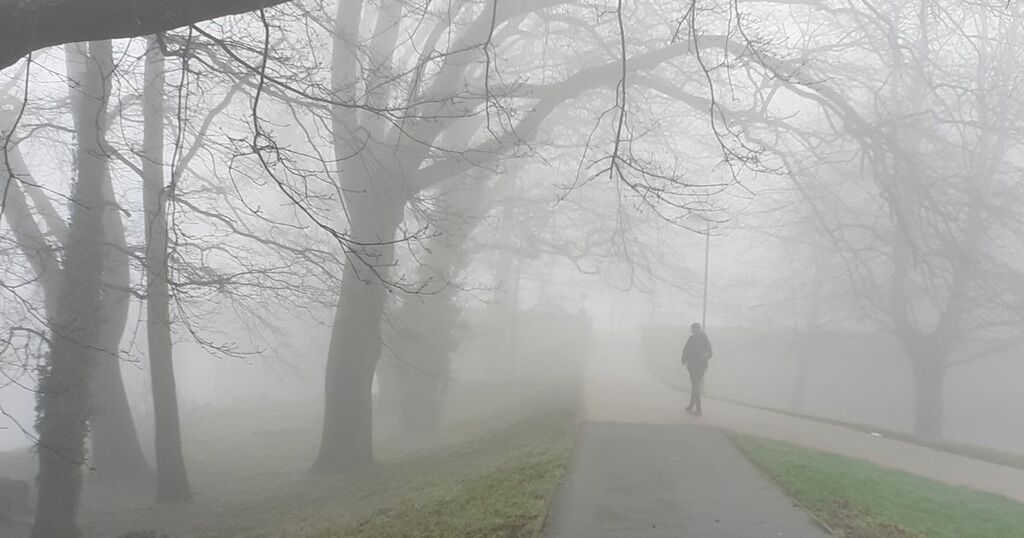 The Met Office has issued a fog warning for the second time this week.

The yellow warning is in place for Thursday night into Friday morning, when temperatures could drop to -4°C, and covers southeastern parts of Wales.

The warning issued on Thursday states: "Fog patches will reform during Thursday afternoon, particularly in river valleys and near lakes, and may become locally dense during the evening with visibility below 100m in places.

"Fog is expected to become more widespread overnight and after dawn on Friday morning with further dense patches, before slowly clearing. However, a few patches may persist into the afternoon."

Read more: What we can expect in the latest Welsh Government Covid review

While most areas of Wales enjoyed sunshine on Thursday morning, there were a number of foggy patches.

This was taken during a Cardiff Rugby training session at the Arms Park, next to the River Taff:

The Met Office weekend forecast for Wales says: " Fog patches will clear slowly on Friday morning leaving a fine day. The best sunshine will be in the west, with some eastern areas staying misty into the afternoon. Maximum temperature 8°C.

"Cloudy on Saturday with the odd spot of drizzle. Any early rain on Sunday morning clears to a brighter but breezy afternoon. Dry, bright and breezy on Monday."

The long-range UK forecast for next week says; "Settled with sunny spells Monday with mist and fog clearing. Cloudier conditions with rain possible in far northeast, initially wintry turning back to rain later. Light winds expected, with a risk of gales for far northeast.

"Temperatures are most likely to be slightly above average in the north whilst remaining near normal towards the south, with a low likelihood of a short-lived colder spell."