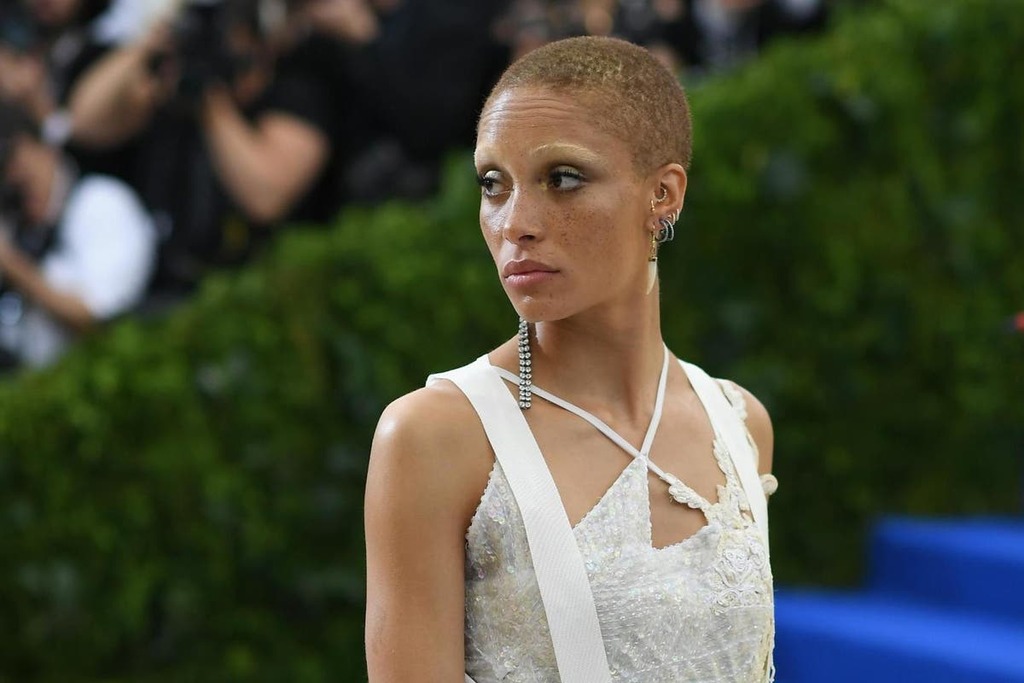 Dubbed the “Oscars for fashion”, the Met Gala is the most prestigious sartorial spectacle of the year.

The event usually takes place every year on the first Monday of May and is ostensibly an annual fundraising gala for the Costume Institute at New York’s Metropolitan Museum of Art.

This year, however, the annual soirée will take place on Monday 13 September, having been postponed due to the pandemic.

The Met Gala always boasts the most exclusive red carpet around, complete with Hollywood actors, musicians and models, offering an unrivalled platform to fashion designers who spend months vying to dress them. In 2017, a 19-year-old student from Bedford, New York was one of them.

After receiving the dress, Aboah took a screenshot of another piece from Ives’ latest university project, sent it to him over Instagram direct message and asked him to recreate it for her for 2017’s Met Gala. The gala’s theme centred around the work of Comme des Garçons’s Rei Kawakubo. It was just six weeks away.

“I didn’t think she was serious,” Ives, now 21, tells The Independent, “but after a few messages I realised, ‘oh, this might actually happen’. I was freaking out.”

“Adwoa had gone to the Met Gala the year before and wasn’t really happy with what she wore,” he continues, explaining how major fashion houses often dress 10 to 15 celebrities and attend in one stylish cohort to boost publicity for the brand. In 2016, Aboah wore a sparkling navy gown from Calvin Klein Collection that featured 134,000 sequins and took 850 hours to complete.

“I think sometimes the creative process can get a bit lost in that, especially for someone like Adwoa, who is so driven and has such a clear idea in her head of what she wants. I really wanted to make her something special.

“The Met Gala is the biggest stage that you can get to for any designer, let alone one who, at that time, didn’t even had a studio yet.”

Ives made the entire outfit – a hand-embroidered mini dress and a tuxedo-style coat with a billowing train – in his student flat, which he shared with two flatmates.

“It was the funniest thing,” he recalls. “I would be sitting at my kitchen table with friends who would come and go throughout the week. We would sit there all day sewing sequins onto this little dress.”

Given the time constraints (“I can still feel some of that anxiety”), Ives only had one fitting with Aboah prior to the event. He flew with her to New York for the big day, bringing his parents along for support.

After dropping her off on the red carpet (“I was quickly ushered off after laying out her train”), Ives tried to go out for a celebratory dinner with his parents. “I fell asleep at the table about four times,” he remembers.

“I had been awake for six weeks straight, living of Starbucks double-shot espresso. It was really crazy, but I live for that, the exhilaration. It’s the reason why I do this. I could not believe that I had gotten my work to a platform where people were seeing it and discussing it and considering me as a part of this whole thing."

Since then, Ives has been busy, to say the least. Just days after the 2017 Met Gala, Rihanna was pictured wearing one of the designer’s now famous T-shirt dresses and he has since sold capsule collections at major retailers, including Liberty and Browns. Ives spent 2018 enjoying a “hiatus”, during which he worked on his own collection and various freelance projects.

But will anything ever exceed the prestige of having your designs at the Met Gala? “It was good practice for me because I realised when you have a high that is like that, it sets the bar for what I do next. At first I was like, ‘well, what now?’ because this is something designers do with decades of experience, not when they’re just starting out.

“But I’ve since realised I don’t have to top it. I can appreciate that it was a really unique experience and leave it at that. You don’t have everything at once.”