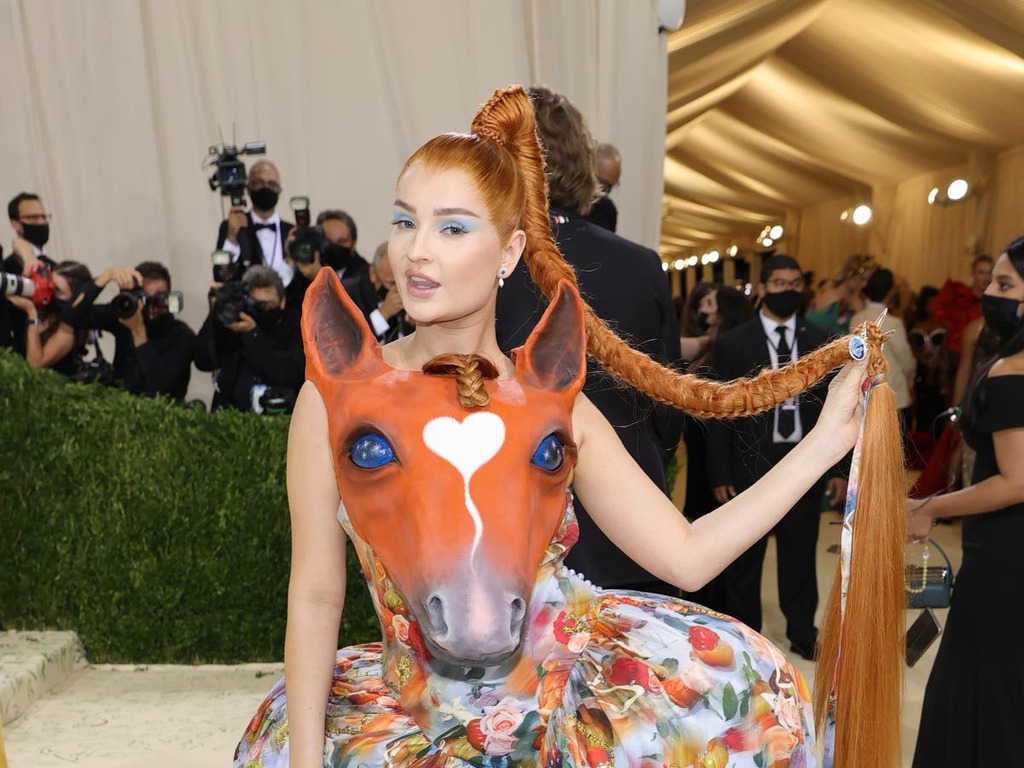 Singer Kim Petras has sparked a range of confused reactions after arriving on the 2021 Met Gala red carpet in a gown adorned with a realistic horse head.

On Monday, Petras made her debut on the red carpet in a light blue gown with a bright print, which featured the red jutting horse head near the top of the gown, with the detail winding its way around the singer’s shoulders.

According to the 29-year-old, she decided on the dramatic outfit by Collina Strada for the event’s theme: “In America: A Lexicon of Fashion,” which she paired with a lengthy braided ponytail, because she grew up riding horses and wanted to represent “all horse girls and horse humans here today”.

The German singer also told Vogue livestream host Ilana Glazer that the full look took about four hours of preparation ahead of the gala and that the outfit took two weeks to make, with the horse, which featured a white heart on its head, requiring four days.

On social media, the unique outfit prompted a range of reactions, with many viewers praising the look while others found humour in the “horse girl” representation.

“Is anyone slaying harder than Kim Petras at the Met Gala? Neigh,” one person tweeted.

Another said: “Kim Petras coming to the Met as a horse girl… iconic.”

“Kim Petras showing up to the Met Gala as a horse girl is the most American thing I’ve seen all night,” someone else tweeted.

The look was also met with praise from some viewers, with one person declaring Petras the best-dressed guest at the Met Gala.

“Kim Petras is best dressed at the Met Gala and if you disagree you’re a hater,” they wrote.