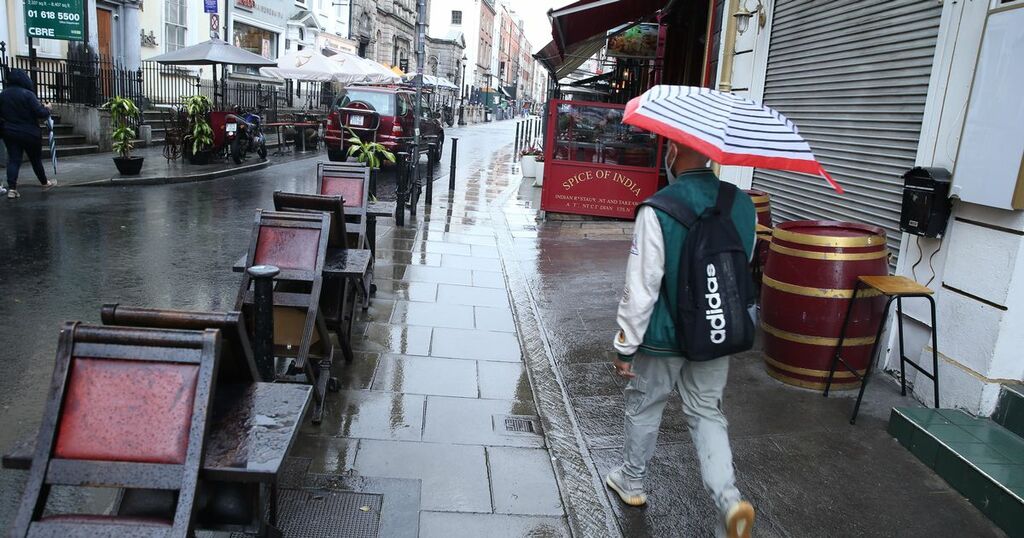 The warnings, which began at midnight Thursday, will remain in place until 3am on Saturday.

Donegal, Galway, Leitrim, Mayo, Sligo, Cork and Kerry are all included in the alert, with Met Eireann warning: "Prolonged rain with heavier bursts at times, heaviest and most persistent later on Friday. Significant accumulations are possible in upland areas. Risk of localised flooding."

But the weather is likely to improve over the weekend with humid temperatures and a bit less rain.

A Met Eireann forecaster said: "Tomorrow morning, a clearance to drier conditions with sunny spells in the west will extend eastwards through the morning and early afternoon as the rain moves into the Irish Sea with some patchy drizzle following. Highest temperatures of 15 to 18 degrees with light to moderate northwesterly breezes developing.

"A largely dry night with long clear spells and just isolated showers, mostly near northern coasts. Lowest temperatures of 6 to 9 degrees in a light west to northwest breeze with mist and fog forming, becoming dense in places.

"Largely dry Sunday with sunny spells though a few showers will continue in parts of Ulster. Highest temperatures of 13 to 15 degrees in light to moderate west to northwest breezes.

"Continuing mainly dry overnight with clear spells. Lowest temperatures of 4 to 8 degrees in a light west to northwest. Mist and fog will form again, with a risk of becoming quite dense in places.

"Mostly dry for Monday morning with some sunny spells. However, light outbreaks of rain will move in over Ulster through the morning, extending to the northern half of the country during the afternoon. Staying largely dry further south. Highest temperatures of 13 to 16 degrees in a light to moderate west to northwest wind, fresher on northern coasts.

"Light rain will slowly move further south overnight, becoming patchier as it does so. Lowest temperatures of 4 to 8 degrees with clear spells generally, but milder over parts of Ulster where outbreaks of rain will persist. Mist and fog will once again develop in light northwesterly breezes."