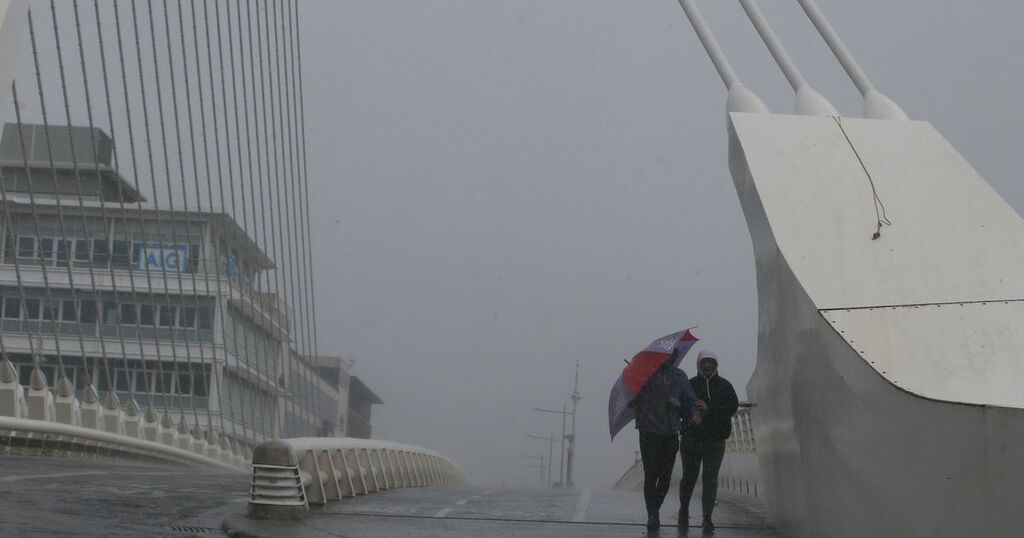 The weather for the first week of winter in Ireland is looking pretty bleak as some potentially brutal conditions could hit the country.

Met Eireann's latest monthly forecast indicates how the rest of October is shaping up, as well as early indications for the beginning of November.

A number of warnings have already been issued this month, with more likely in the weeks ahead.

The national forecaster says that a "tropical airmass" will bring heavy rain, flooding and mild conditions until October 14.

The second half of the month will see changeable weather, including mild temperatures, frost and "rain-belts moving in from the Atlantic".

While confidence is low for the first few days of November, wetter than average conditions could be on the cards, with Met Eireann not ruling out "severe weather".

Here is the monthly forecast for the next four weeks:

"A tropical airmass at first will bring a good deal of dull, cloudy and drizzly weather with mist and fog affecting hills and coasts. Some brighter spells may develop in the east at times.

"However, a weather front with waves slow-moving over western parts of Ireland, will bring some persistent falls of rain and the likelihood of local flooding. The front is expected to move eastwards over the country on Friday night and Saturday before clearing into the Irish Sea.

"It will be followed by an area of high pressure building across Ireland for the rest of the weekend bringing more settled conditions and it will gradually turn a bit cooler again.

"Next week looks fairly settled with more seasonal temperature values and high pressure generally dominating, though a little rain may affect some northernmost parts at first, and some southern parts will be a little milder than normal at times."

"There is a weak signal that it will be slightly milder than average but some night-time frosts are still likely. Pressure will fall a bit in the west suggesting a possible northwesterly or westerly airflow for a time with some rain-belts moving in from the Atlantic.

"It looks slightly wetter than average in the west and northwest but drier than normal in the east and southeast with pressure remaining high over Europe and southern parts of the UK."

"Confidence is lower at this stage. It looks to be more unstable generally over much of Ireland, northern parts of the UK and Scandinavia.

"Pressure still remains high over southern Europe. Overall it is predicted to be rather unsettled in Ireland with slightly higher than average rainfall totals. Temperatures are expected to be close to normal or marginally above."

"Confidence is poor at this stage. There is a signal that it will continue unsettled with low pressure dominating and bringing wetter than average conditions overall.

"The trend for slightly above normal temperature continues. Severe weather cannot be ruled out."