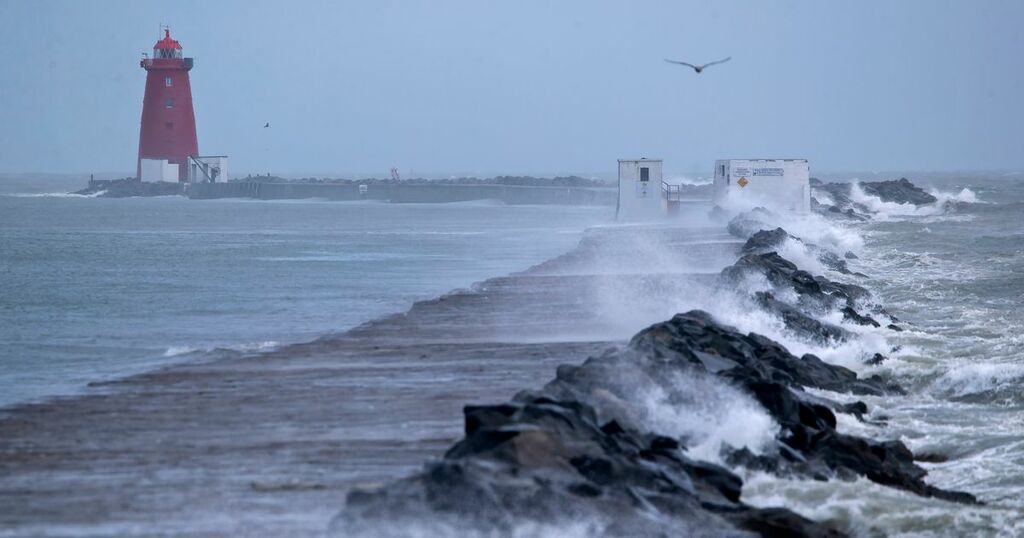 Met Eireann have issued an immediate Status Yellow weather warning for two counties as miserable conditions are set to hit.

The rainfall alert is in place for Cork and Waterford for all of Sunday and until 4pm on Monday evening.

It reads: "Rain will be persistent for a time today before easing off later. Heavier downpours are expected to develop later tonight and tomorrow morning with the risk of spot flooding."

It comes as forecasters have predicted a grim change next week as an ominous weather system looks set to move in from the Atlantic.

Conditions will turn very unsettled with a chance of some heavy rain towards the end of next week.

Meanwhile Sunday looks likely to bring a mix of both rain and showers, with the worst of the wet weather in the south of the country this afternoon and evening.

A Met Eireann forecaster said: "Outbreaks of rain and drizzle in the southwest, south and southeast this morning, most persistent along the south coast. Further north, it will be drier and brighter with sunny spells and isolated showers. The rain will become more confined to southern coastal areas through the afternoon. Highest temperatures of 14 to 17 degrees in a light east to northeast breeze.

"Tonight will be dry with clear spells over most of the country but there will be further patchy rain or drizzle along southern coasts. Towards morning, showery rain will turn more persistent and occasionally heavy in southern counties. Lowest temperatures of 6 to 9 degrees generally, but milder under cloud cover over Munster and south Leinster with lowest temperatures of 9 to 12 degrees, in a light easterly breeze."

And next week looks set to bring a mix of dry and sunny spells with some scattered showers up to midweek, before a more unsettled spell of weather is expected towards the end of the week as experts said a "spell of rain" will move in from the Atlantic.

A forecaster added: "Tomorrow morning, showery rain will continue in Munster and south Leinster while it will be a drier start elsewhere, with isolated showers and some bright spells. However, showery outbreaks of rain will spread northwards across the country through the morning and afternoon, with some heavy downpours. Highest temperatures of 16 to 20 degrees in a light easterly breeze, veering southeast through the day.

"Staying generally cloudy on Monday night with showery outbreaks of rain gradually becoming lighter and more scattered. Some patches of mist and fog will develop in a light southerly breeze. A mild night with temperatures of 13 to 15 degrees.

"Showery rain will die out on Tuesday morning but further scattered showers will develop through the day. Some sunny spells will break through also. Highest temperatures of 17 to 20 degrees in a light southwest to west breeze.

"A slightly fresher day on Wednesday with sunny spells and well scattered light showers. Highest temperatures of 15 to 19 degrees, coolest in the northwest in a light westerly breeze. There is the potential for a spell of rain in the west on Wednesday evening, quickly clearing eastwards overnight.

"Many eastern areas will be dry for much of Thursday but rain will spread over the western half of the country from the Atlantic through the day before becoming more widespread and heavy on Thursday night. Highest temperatures on Thursday of 16 to 19 degrees and becoming quite breezy in moderate to fresh southwest winds.

"Current indications suggest that it will remain unsettled on Friday with continued rain. It will turn more showery for the weekend, bringing some drier and brighter spells again."