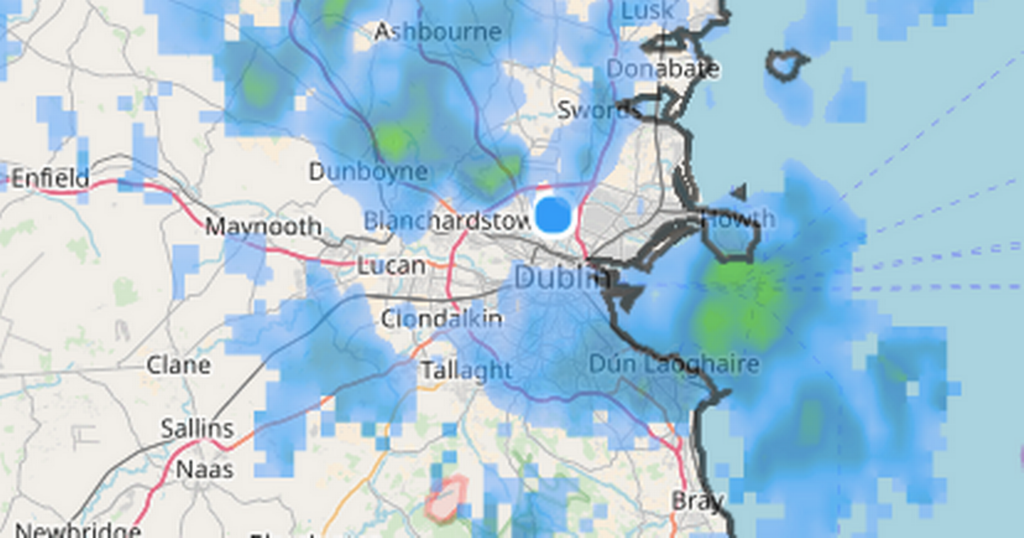 The sun and some settled weather is returning to Dublin - but there will be a big temperature swing along with it.

The unsettled conditions of the last few days have been coupled with a significant temperature spike - with 20C highs potentially on the cards today.

But while the rain is set to clear up over the next few days, the temperature will also drop to more regular autumn conditions.

Met Eireann say, from Sunday onwards, that more sun and settled conditions are coming to Ireland as high pressure builds up over the country.

But the heat will escape with the clear skies, with temperatures set to drop as low as 12C.

Today's weather forecast shows outbreaks of rain and drizzle this morning, but it should clear up as the day goes on.

Highest temperatures should hit between 17-20C with moderate southerly breezes.

Persistent rain will move back over the capital as evening turns to night, with lowest temperatures of 12C.

And here is your forecast for the next few days:

Saturday: Tomorrow morning will begin wet but rain will clear eastwards through the morning and early afternoon with drier conditions and sunny spells developing with just some patchy drizzle lingering. Highest temperatures of 16 or 17 degrees with light to moderate northwesterly breezes developing.

Saturday night: A largely dry night with long clear spells and just isolated showers, mostly near northern coasts. Lowest temperatures of 6 to 9 degrees in a light west to northwest breeze with mist and fog forming, becoming dense in places.

Sunday: Largely dry with sunny spells though a few showers will continue in parts of Ulster. Highest temperatures of 13 to 15 degrees in light to moderate west to northwest breezes.

Sunday night: Continuing mainly dry overnight with clear spells. Lowest temperatures of 4 to 8 degrees in a light west to northwest. Mist and fog will form again, with a risk of becoming quite dense in places.

Monday: Mostly dry for the morning with some sunny spells. However, light outbreaks of rain will move in over Ulster through the morning, extending to the northern half of the country during the afternoon. Staying largely dry further south. Highest temperatures of 13 to 16 degrees in a light to moderate west to northwest wind, fresher on northern coasts. Light rain will slowly move further south overnight, becoming patchier as it does so. Lowest temperatures of 4 to 8 degrees with clear spells generally, but milder over parts of Ulster where outbreaks of rain will persist. Mist and fog will once again develop in light northwesterly breezes.

Tuesday: Good dry periods with a mix of cloud, sunny spells and some well scattered showers, mainly in northern areas. Highest temperatures generally of 12 to 15 degrees in light westerly or variable breezes.