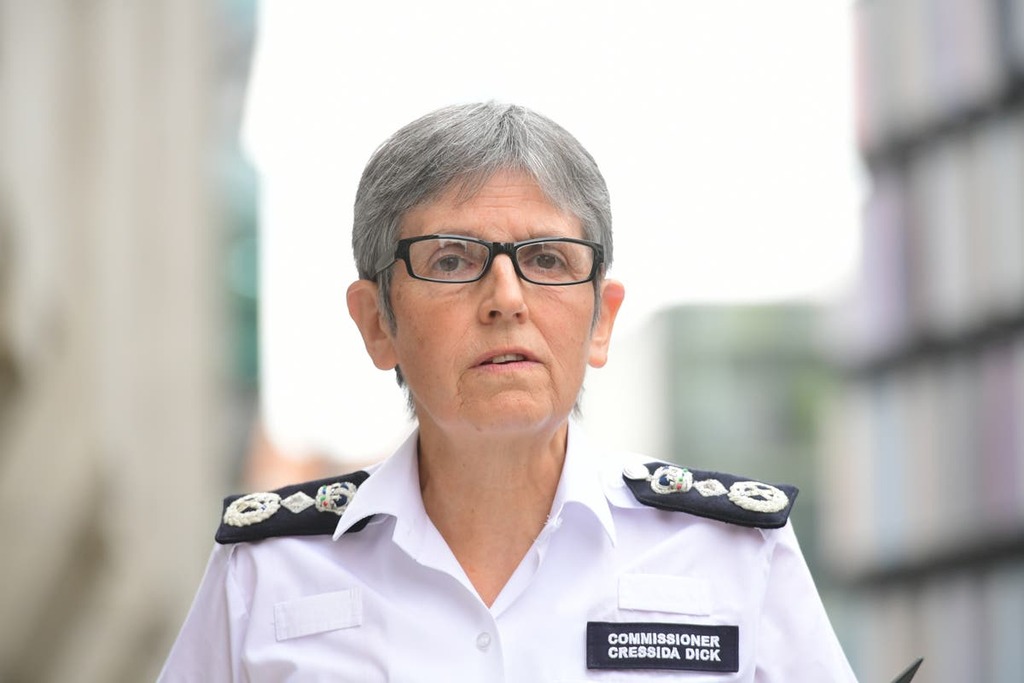 Dame Cressida Dick will continue to lead the Metropolitan Police Service until 2024, Priti Patel has confirmed.

The home secretary’s intervention comes after Dame Cressida was accused of “presiding over a culture of incompetence and cover-up” in an open letter sent to the prime minister, Boris Johnson.

Police officers have given their “full support” to the police commissioner after critics, including a number of high-profile figures, called for her to be replaced.

The criticism came following reports that she had been offered a two-year extension to her contract.

Ken Marsh, chairman of the Metropolitan Police Federation, which represents more than 30,000 officers in London, said Dame Cressida had the “full support of the rank and file”.

He said her leadership had been “excellent”, while her “ability to communicate with officers of all ranks is quite incredible”.

The letter sent earlier this week urged Mr Johnson to replace her, arguing that she “must be properly investigated for her conduct, along with predecessors and those in her inner circle, who she appointed and who have questions to answer”.

On Thursday, Mr Proctor warned that Dame Cressida should be replaced to ensure any future “errors” by the Met are avoided.

The ex-Tory MP was one of three men who had their houses raided by officers from the Met’s failed Operation Midland, which was launched in reaction to false allegations by jailed fantasist Carl Beech about a murderous VIP paedophile ring.

Mr Gambaccini, who was falsely accused of historical sex offences, said: “Londoners deserve a first class police service – they do not currently have one.”

Baroness Lawrence, mother of teenager Stephen Lawrence, who died in a racist attack in 1993, has previously voiced her disappointment after an investigation into her son’s death was shelved last year.

Meanwhile Lady Brittan, whose home was raided when her late husband Lord Brittan was falsely accused of child abuse as part of Operation Midland, previously told the Home Affairs Select Committee that public figures caught up in the scandal had still not received justice.

Mr Marsh told PA that he understands “fully” the positions the letter signatories are in and his “heart goes out to them”.

He said he did not have an issue with police reform “whatsoever”, but said “that’s for the government to decide”.

A Home Office spokesperson previously said: “The appointment of the commissioner of the Metropolitan Police Service is a formal process which will be confirmed in the proper way.”