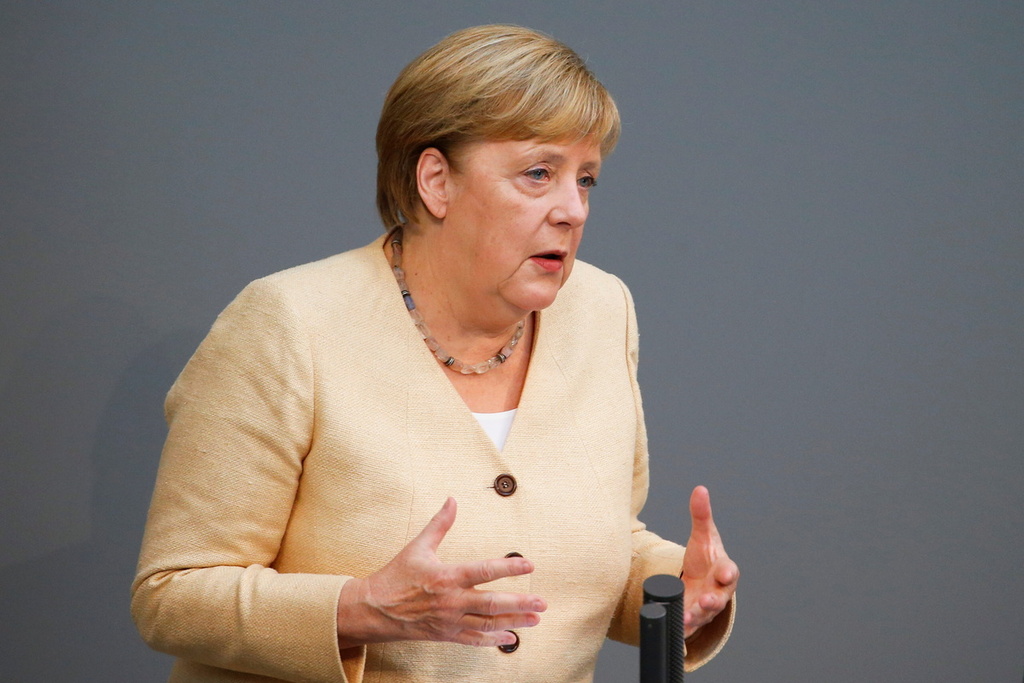 Support for Chancellor Angela Merkel's conservative bloc has fallen to an all-time low of 19%, a Forsa poll showed on Tuesday, less than three weeks before a German election, while the Social Democrats (SPD) extended their lead to 6 points.

The Forsa poll for RTL/n-tv put the conservative bloc led by Armin Laschet, whose hopes of succeeding Merkel as chancellor of Europe's biggest economy are waning, down 2 points from the previous week.

N-tv said that was the lowest level ever hit by the conservative bloc, made up of Merkel's CDU and its Bavarian CSU sister party.

The poll put the SPD on 25%, the Greens on 17% and the Free Democrats (FDP) on 13%. The far-left Linke, who could theoretically team up in a leftist alliance with the SPD and Greens, was on 6% and the far-right AfD on 11%.