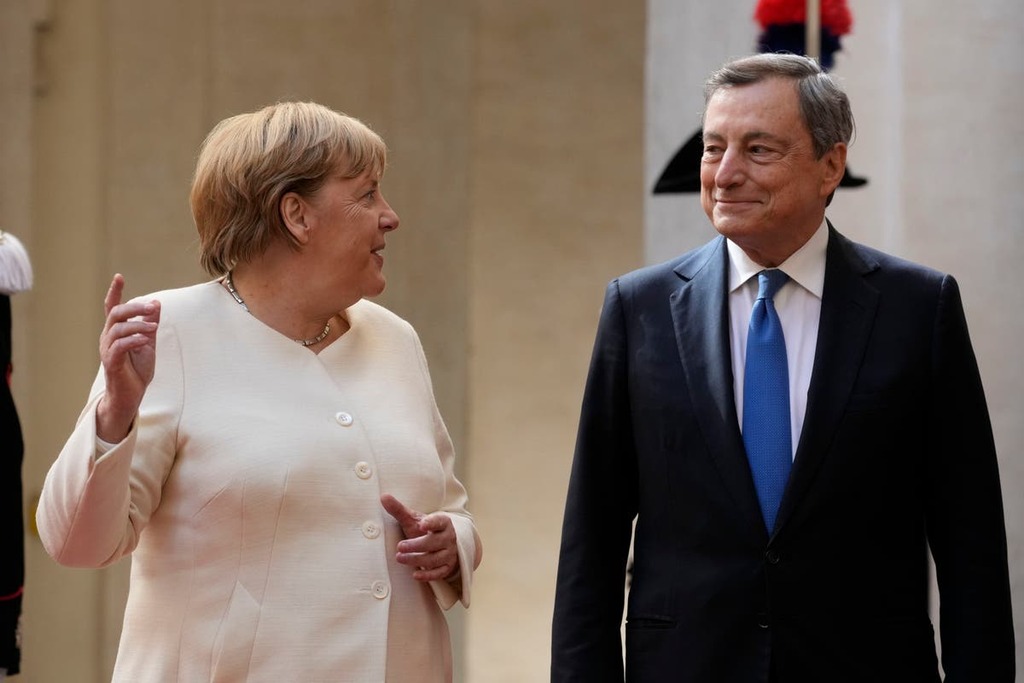 Merkel told reporters she talked politics, climate change and clergy sex abuse during the visit to the Vatican and a meeting at the Pontifical Gregorian University’s academic program on child protection and safe environments.

She spent some 45 minutes with the pope and received from him a small copy of the bronze Holy Door, as well as copies of his main documents.

Merkel also met with Italian Premier Mario Draghi before attending a peace prayer at the Colosseum organized by the Rome-based Sant’Egidio charity.

Merkel and her outgoing government will stay in office on a caretaker basis until a new administration is in place, a process that could take weeks or months.

On Thursday, the center-left Social Democrats the environmentalist Greens and the pro-business Free Democrats were holding a first round of exploratory talks on forming a possible coalition. If they eventually succeed, that would send Merkel’s center-right Union bloc into opposition after a disastrous showing in Germany’s Sept. 26 election.