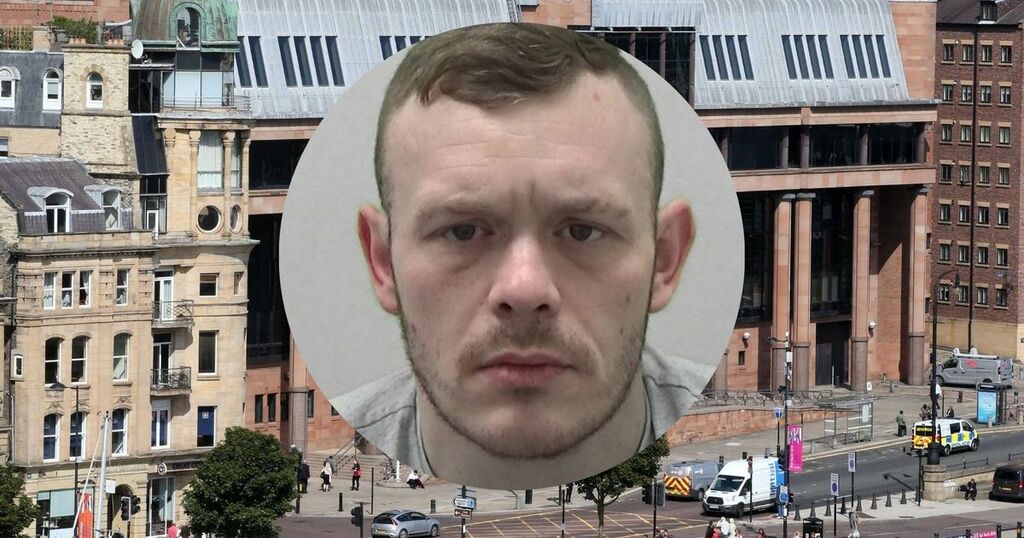 A despicable bully who blackmailed and brutally attacked his vulnerable neighbour has been locked up..

Heartless Scott Steanson preyed on the victim for months, helping himself to his money, food and even forcing him to pawn his television to extract more cash out of him.

A court heard he repeatedly threatened to attack the vulnerable man if he didn't do as he was told before punching him and biting his ear in a terrifying attack.

Now the callous thug has been locked up at Newcastle Crown Court for eight counts of blackmail and one of assault, while Liam Smith was also jailed for assault.

The victim, who is in his 50s and from Gateshead, said in a statement read to the court: "I've been bullied and intimidated by Scott Steanson for a year now.

"I've been afraid to report it because I know what he is capable of.

"He has assaulted me, stolen money from my bank account and I just want to be left alone and for Scott Steanson to stop bullying me.

"This last year has ruined my life.

"He thinks he can walk into my flat and help himself to food and money that are mine.

"No words can describe how bad he is. He can't go on like this."

The court heard Steanson began targeting the victim in February last year after moving in near him in Gateshead.

Judge Tim Gittins said the man has a "low level of educational ability" and was struggling to deal with the death of close family members.

The judge told Steanson: "What you did was you forced yourself upon him and his company and you took what you could when you wanted, from him.

"He could hardly afford any of your demands yet you abused him with force or the threat of force repeatedly over a period of months.

"You forced him to comply with your demands for money.

"One time you left him just £40 to last him the rest of the month."

The court heard that as well as making him withdraw money from the bank to hand over, he demanded his bank card and pin number and made him sell his television for £50 to raise more cash.

He even made him withdraw money from his flatmate's account while he was away.

The total amount handed over on eight occasion was more than £2,000.

Judge Gittins said: "After nearly a year of that sort of terrifying control, with him living a life of dread waiting for the next time you would prey on him, it culminated in you making further demands for money in January."

On January 8 both Steanson and Smith went to the man's flat and assaulted him. Steanson grabbed and punched his face and bit his ear and Smith also punched him.

The judge said: "Lets be clear about this, you left him at the end of his wits and contemplating suicide rather than facing your behaviour again."

He acknowledged Steanson has his own difficulties but told him: "Nothing excuses the deliberate bullying of someone like this over months and months

"Blackmail is sometimes called murder of the soul because of the mental impact this sort of offending has."

Steanson, 33, pleaded guilty to eight counts of blackmail and one of assault occasioning actual bodily harm and was jailed for four years and ten months.

Smith, 28, admitted assault occasioning actual bodily harm and was locked up for 15 months but may be released soon due to time spent on remand.


Rachel Hedworth, for Steanson, said: "He is extremely remorseful for the part he has played in this offending."

Miss Hedworth added that he is vulnerable himself and has been diagnosed with Tourette's, ADHD and autism.

Jamie Adams, for Smith, said: "He is quite horrified he participated and is really sorry.

"He is really not very different himself from (the victim)."

Mr Adams added: "He started resorting to drink and drugs and had a chaotic lifestyle."