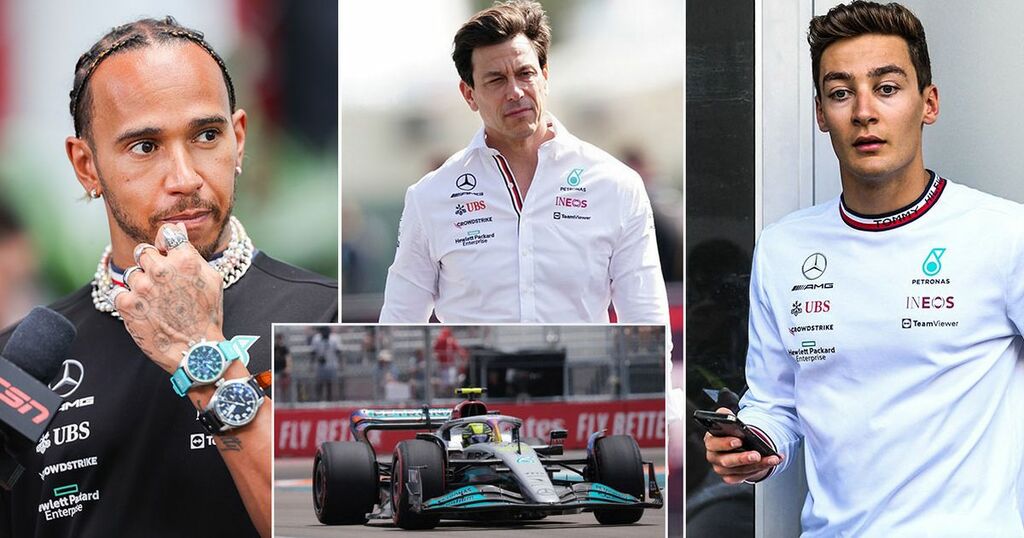 Lewis Hamilton was left frustrated following a sixth-place finish at the Miami Grand Prix on Sunday, leaving the 37-year-old 23…

Lewis Hamilton started sixth and finished in the same position.

It’s hardly been a dream campaign for Hamilton, whose hopes of securing a historic eighth world championship are all but over. The Brit, who is level with Michael Schumacher on seven titles, finds himself in sixth in the Drivers’ Standings - almost 70 points behind Ferrari’s Charles Leclerc - following disappointing P10 and P13 finishes in Saudi Arabia and Imola.

The octuple world champions have struggled with severe porpoising as their cars have been bouncing uncontrollably. The porpoising issues have plagued the early rounds of the 2022 season for Mercedes, as neither Hamilton nor teammate Russell have been able to compete with the likes of Ferrari and Red Bull.

However, Russell has fared slightly better than his partner, securing top five finishes in each of the first five races of the 2022 season to find himself 23 points clear of Hamilton. Villeneuve, who claimed the 1997 F1 title with Williams, believes Russell’s impressive start to life at Mercedes gives the German manufacturer’s the perfect opportunity to re-shape the team’s hierarchy going forward.

“I think we have seen the final changing of the guard at Mercedes. George Russell is riding the wave, Lewis Hamilton is trying not to drown,” Villeneuve wrote in his column for Formule1.nl. “After many years of winning without competition, it’s hard to wake up and realise it’s not that easy.

“He now has to drive like he did in his first two years in Formula 1, which is what Russell is doing now. In the race Russell took the decision: leave me out, maybe a safety car will come – and it paid off.

“Lewis’ champion’s luck seems to have left him, he doesn’t have the momentum and nothing’s going his way. It’s going to be a tough fight, but Lewis is a racer and a champion.

“He knows what needs to be done and we’ll see if he still has the energy to do it. But I think missing the world title last year is a heavy burden for him that he carried with him all winter. He was bitter and feels that he was robbed.

“But you can see from the way Max drives that he didn’t steal the title at all and is a deserved champion.”

After his disappointing performance in Italy, Hamilton hoped to bounce back at the inaugural Miami Grand Prix last weekend. However, the 37-year-old ultimately paid the price for his decision not to change tyres.

Do you think Lewis Hamilton will finish ahead of George Russell in the Drivers' Championship in 2022? Let us know in the comments section.

Mercedes race engineer Peter Bonnington asked the driver whether he wished to take on new tyres during a late safety car, and while Russell - who started 12th - took advantage of the incident to make the only tyre switch of his race, Hamilton decided to stay out. His teammate was ultimately able to use his fresher tyres to secure a fifth successive top-five finish in 2022, one place ahead of Hamilton - who was angry.

“In that scenario, I have no clue where everyone is, so when the team say ‘it is your choice’, I don’t have the information to make the decision,” Hamilton said. “That’s what your job is.

“Make the decision for me as you have all the details and I don’t. I rely on the guys for that, but today they gave the decision to me and I didn’t understand it.

“When you are given that responsibility it feels like gambling and I don’t like that. It was just a bit unfortunate.”

Lewis Hamilton was left frustrated following a sixth-place finish at the Miami Grand Prix on Sunday, leaving the 37-year-old 23…

Lewis Hamilton started sixth and finished in the same position.