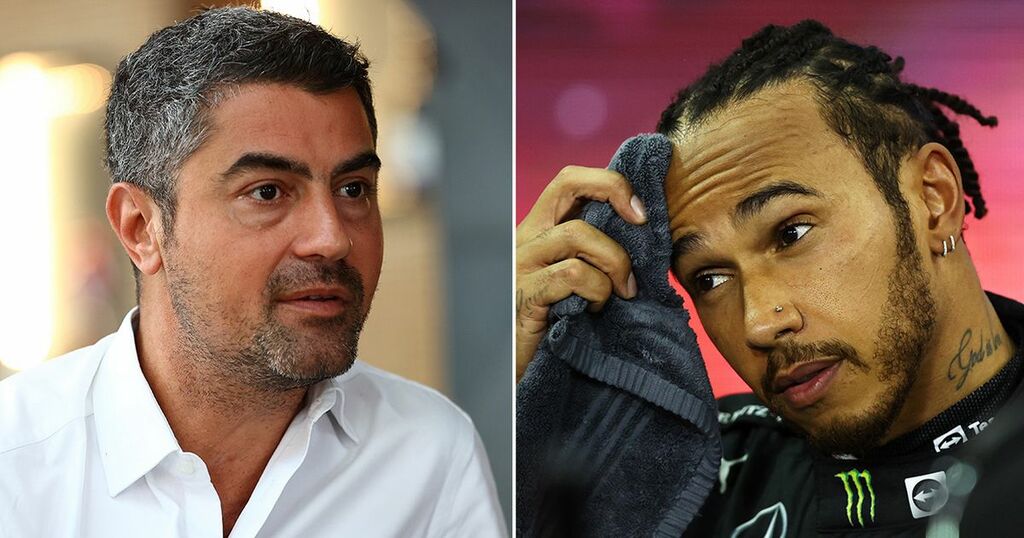 Seven-time Formula 1 champion Lewis Hamilton is yet to confirm whether he'll race again in 2022, and it's possible the FIA's failure to fulfil an alleged agreement with the manufacturer is a factor as to why.

Masi, 44, oversaw one of the most controversial finishes to any F1 season, which resulted in Red Bull 's Max Verstappen winning his maiden world championship at the Yas Marina Circuit last month.

It was there that Hamilton, 37, led by 11 seconds with five laps to go when Williams ' Nicholas Latifi crashed, signalling a safety car that effectively cancelled out all except the final lap.

With both Red Bull team principal Christian Horner and Mercedes chief Toto Wolff in his ear, Masi made the snap decision to unlap all cars between Hamilton and Verstappen, wiping out the former's advantage.

Verstappen—who had recently pitted for fresh tyres at the time—made the most of his advantage and overtook Hamilton a final time to win his maiden title.

Mercedes immediately appealed the result before relenting in their objection several days later, but new suggestions as to why may shed more light on Hamilton's silence.

Wolff has described his star driver as feeling "disillusioned" with F1 following Abu Dhabi, and BBC Sport reported Hamilton is awaiting the inquest result before deciding on his own future.

Furthermore, a 'senior source' said the eight-time constructor champions had a deal agreeing to drop their appeal as long as Masi and Nikolas Tombazis, the FIA's head of single-seater technical matters, were fired.

Do you think Lewis Hamilton will compete in the 2022 Formula 1 season? Let us know in the comments section.

Mercedes are understood to have rejected the notion of any such 'deal', however, saying instead the appeal was dropped in the understanding their case would be "treated seriously and appropriate action would be taken."

Masi has served as the race director for Formula 1 since March 2019 when predecessor Charlie Whiting died just days before that year's F1 season was due to start.

Former Ferrari team chief designer Tombazis was appointed to his own FIA position one year prior to that in March 2018.

Hamilton is contracted as a driver with Mercedes until the end of the 2023 season, having only signed a new deal on improved terms in February last year.

Former F1 figurehead Bernie Ecclestone recently predicted the Briton would not be back to compete for a record-breaking eighth crown in 2022.

The FIA's situation is complicated by the fact they're believed to have no obvious candidates in the picture to succeed Masi if he is sacked.

That puts the motorsport giant in a difficult position with the 2022 F1 season just around the corner, getting underway with the Bahrain Grand Prix on March 20.