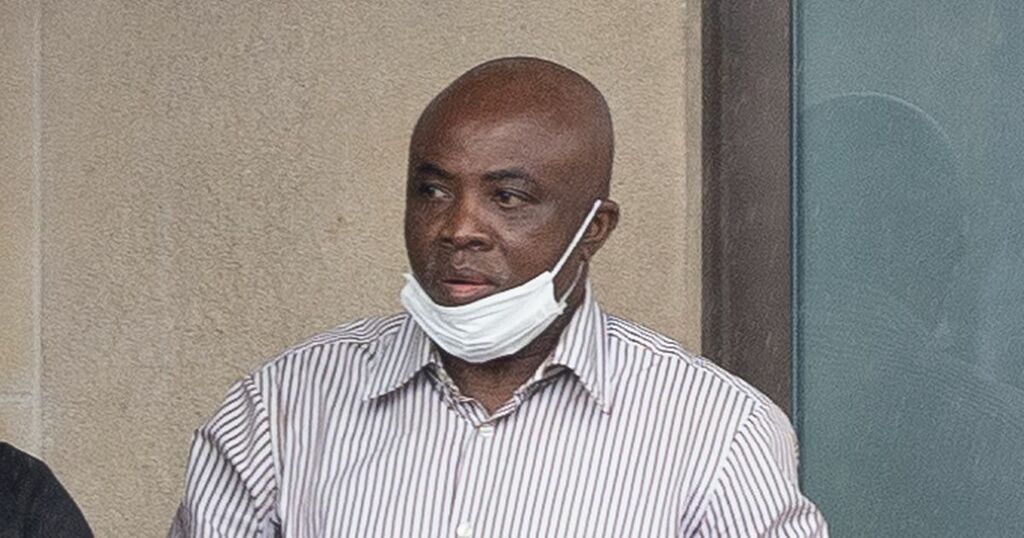 A motoring menace who drove on the wrong side of the road and caused a head-on car smash which left three members of the same family seriously injured has been spared jail after his victims said they felt 'no anger' towards him.

Father of five Justus Otis, 55, had just passed through a set of roadworks in his Mercedes but carried on driving along the right hand side of the road for almost 150 metres around a blind bend.

READ MORE: Man dies after falling into canal as police shut off towpath near tram stop

Noshin Latif, her husband Adnan Afzal and his mother Tazeem Akhtar suffered multiple injuries when their Ford Fiesta car which was travelling the other way smashed head-on into Otis' E-220 vehicle on a stretch of the A628 Woodhead Pass near Glossop, Derbyshire.

Fiesta driver Mrs Latif, who is in her 30s, is currently confined to a wheelchair after suffering severe spinal injuries which required two major operations in which metal plates and screws were inserted into her body.

Her husband, also in his 30s, suffered multiple rib fractures whilst 66-year old Mrs Akhtar who was sitting in the back of the Fiesta had to be cut free from the wreckage.

She suffered brain injuries and various fractures to her limbs and body.

Otis, a professional HGV driver, from Wallingford, Bradville, in Milton Keynes escaped with a fractured foot.

He later blamed his poor driving on a lack of street signs directing him back to the correct side of the carriageway after the stretch of roadworks finished.

It took almost three years for him to plead guilty to causing serious injury by dangerous driving following the crash on December 12, 2018.

At Bolton Crown Court, Mrs Latif broke down in tears as she told the hearing: ''I do not feel angry towards Mr Otis - I do not think for one minute that he set out to intentionally hurt me or my family that day.

''However it was his error - unintended that it was - and the injuries to us which have changed our lives for ever.

''What I cannot and will not accept is that it took Mr Otis up to three years to admit this after three years of denial which has prolonged the suffering of me and my family.

''Had he admitted responsibility from the off, I firmly believe the matter would have been resolved sooner and my family would be further along the healing process than we are now.''

She added: ''I am unable to work and have lost my independence which has been impossible for me to come to terms with.

"I am no longer the active and social person I once was. I used to enjoy the gym and running and I feel I have lost a large part of me which I will never get back.

''I lost my job and the emotional impact on my children has been heart-breaking.''

The court heard the accident occurred at 10pm as Otis, who was driving towards Manchester, passed through the set of roadworks at Salter's Brook Bridge.

Mr Keith Jones, prosecuting, said: ''After passing through the roadworks he should have got back into his correct lane but he didn't and continued for 146 metres on the wrong side of the road.

''Mrs Latif was travelling uphill with her family around a bend when she saw the Mercedes headlights coming towards her and despite braking hard couldn't avoid a head on collision.

''It is not suggested Mr Otis was travelling at excessive speed, and no suggestion the driving was impaired by distraction, but the force of the impact spun the Fiesta round and caused significant injuries to the occupants.''

In her witness statement to police Mrs Latif said: ''In the immediate aftermath my daughter spoke first saying she was worried the car would catch fire. I assured her it wouldn't and we started praying.

''The next thing I remember was lying on the grass at the side of the road with my husband one on side and daughter on the other. My husband's face was covered in blood and he appeared to be fitting.''

Otis helped the casualties from the Fiesta but later initially claimed he had been forced to swerve onto the wrong side of the road by a lorry.

He had six points on his licence at the time for speeding and having a defective tyre.

He has been convicted of a second speeding matter since the accident.

In mitigation Otis' lawyer Mr Jeminipe Akin-Olugbade said his client was driving at around 40mph in a 60mph zone and added: ''He did not know the road and it was dark and there was no sign telling him to get back into the correct lane and he carried along the wrong side of the road for a further eight seconds.

Otis was sentenced to 18 months jail, suspended for two years, and was banned from driving for two years after he admitted three counts of causing serious injury by dangerous driving. He will also have to complete 250 hours unpaid work.

Judge Tom Gilbart told him: ''This was a moment of clearly dangerous driving on the wrong side of the carriageway on a bend on a major country road at night which had shocking and tragic consequences for an entirely innocent family.

''It should have been blindingly obvious to you particularly as a professional driver that you were required to move back onto the correct side of the carriageway when the roadworks ended.

''It is testament to the intelligence, humanity and grace of Mrs Latif that she states she doesn't feel anger towards you. Many would not be so magnanimous.''